PALM HARBOR, Fla. – It was a day that began with great promise, but one that ended in a bit of disappointment. Here are a few observations after walking the final round of the Valspar Championship alongside Tiger Woods, whose bid for an 80th career win came up just short:

• Woods shot a 1-under 70, his fourth straight round under par on the Copperhead Course. But he ultimately fell one shot short of a potential playoff with Paul Casey, tying for second alongside Patrick Reed.

• The budding momentum that built steadily over the first three rounds simply wasn’t there for much of the day. After grabbing a share of the lead with an opening birdie, Woods gave a shot back on the short fourth hole and spent the next three hours just making pars.

• By the time he finally broke that streak with a 44-foot birdie bomb on the par-3 17th, the crowd at Innisbrook Resort nearly lost its mind. It left Woods one shot off the lead heading to the final hole, where he came up short with a 38-foot birdie putt that would have forced a playoff.

• While his irons were not as crisp as the first three rounds, Woods’ downfall came on the greens. He seemingly failed to make any putt of consequence until the 17th hole, as birdie tries from inside 15 feet on Nos. 5, 7 and 8 slid by while Casey, Reed and others started piling on birdies.

• After the round, Woods explained that he struggled throughout the afternoon with yardages that left him in between clubs and made it difficult to go after tucked pins. “I just didn’t feel that sharp with my iron game,” he said.

• Of all the chances he might want back, a sticking point is likely the par-5 14th. Running out of viable birdie opportunities, Woods got to the edge of the green with a mighty driver and long iron only to leave his 80-foot eagle try well short. It led to what amounted to a three-putt and his most disappointing par of the day.

• It wasn’t a win, but Woods’ finish is by far his best result since 2014. It’s also one that should move him inside the top 150 of the next world rankings.

• Woods will have a couple days to rest, then he’ll be back at it next week as he makes his first start at the Arnold Palmer Invitational since he won it back in 2013. There was a lot to like in his Valspar tournament debut, and there’s plenty of reasons to expect even bigger and better things at Bay Hill. 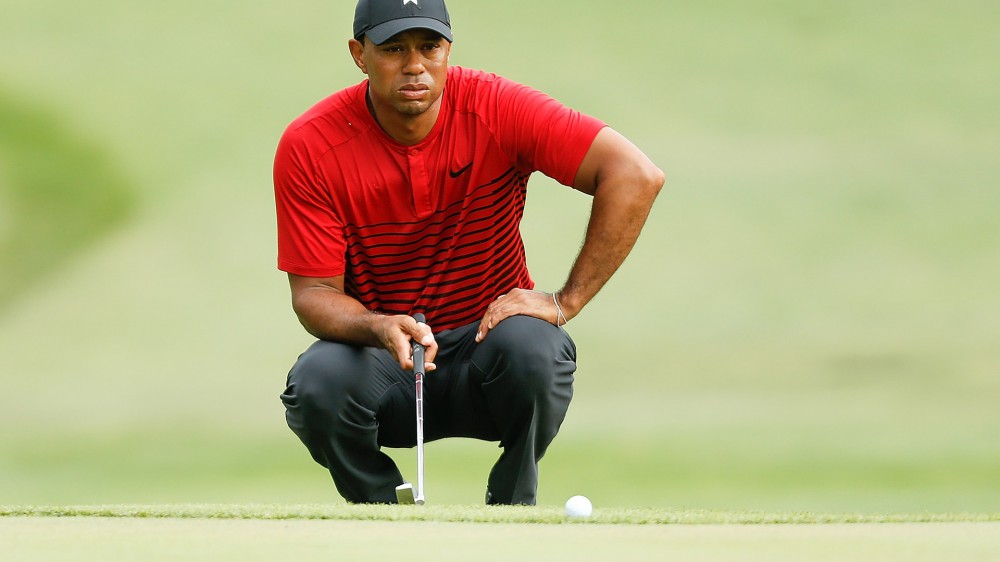