DUBLIN, Ohio – Thursday for Tiger Woods at the Memorial was a tale of two nines, playing his first seven holes in 4 over par only to rally late on his way to an even-par round. In between, there was plenty of this and that.

• For the first time in this most recent comeback Tiger conceded that his back was not 100 percent. “I wasn’t rotating well, the back was tight,” he said. He went on to explain that a few tweaks after the turn helped alleviate that tightness and that there was no pain.

• Tiger put new TaylorMade wedges in the bag this week (56 and 60 degrees). They replaced the last Nike clubs he was still clinging to and performed well on Day 1, including a tricky 60-yard shot at the ninth hole (his last) to 6 feet and a closing par. He was also 3-for-6 in scrambling and gained 1.64 shots according to the strokes gained: around the green statistic.

• Although Tiger was seven strokes back when he completed his round, he remained optimistic. “I’m a long way back, but at least I have a fighting chance,” he said.

• The last time Tiger played the Memorial he teed off in the day’s first group on Sunday on his way to a last-place finish, and for much of his opening nine it was more of the same. To put that run in context, he went 43 holes (counting his final two rounds in 2015, his last start at Muirfield Village) in 19 over par. • The driver was his primary concern on his opening nine, which included a pulled tee shot at the 11th that led to a bogey and a pushed drive at the 15th that sailed out of bounds and added up to a double-bogey 7. He was better on his second nine, hitting the fairway at both the fifth and the seventh holes with driver. 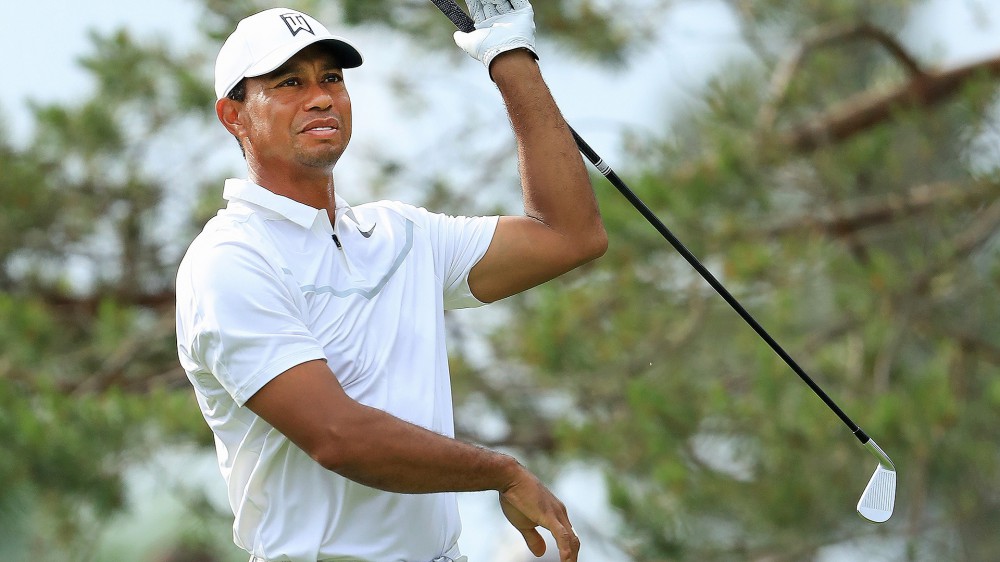