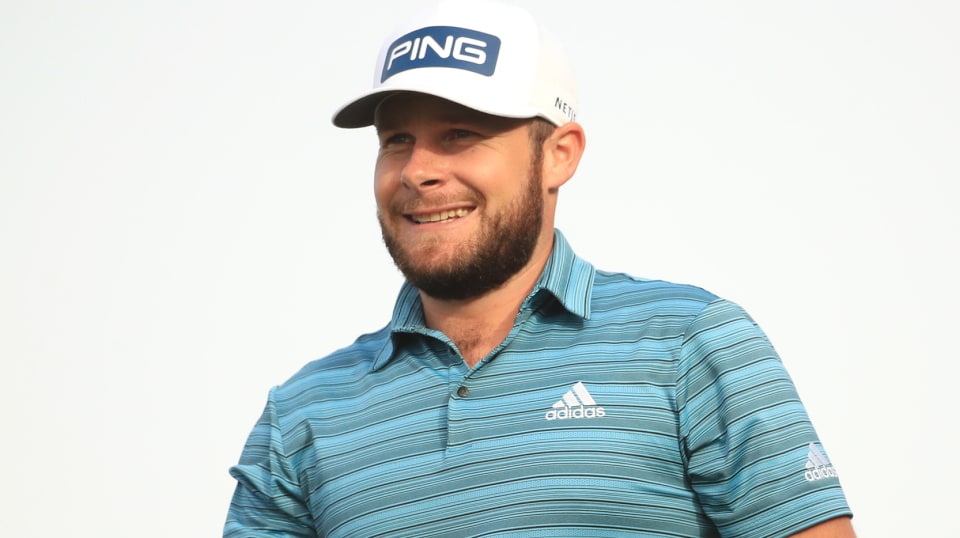 ABU DHABI, United Arab Emirates — Tyrrell Hatton’s overnight lead was reduced to one shot by Rafa Cabrera Bello on Saturday morning as the second round of the Abu Dhabi Championship was completed.

Hatton held a 5-shot lead when play was halted Friday because of fading light but Cabrera Bello closed the gap with four birdies early Saturday.

Hatton bogeyed the 17th in the morning to finish his round 4-under 68. The Englishman was 11-under with the third round to start later Saturday.

“I wish I would have shot a few lower but I’m still sort of right in there and obviously a lot of golf left to play,” McIlroy said Saturday morning. “Regroup and get ready to go for the third round.”

In 10 appearances at Abu Dhabi, McIlroy has finished second on four occasions and third three times. Apart from one missed cut, he has only one finish outside the top 10 — tied for 11th place in 2008 in his first appearance.

Justin Thomas missed the cut after he double-bogeyed the 18th on Saturday morning.

Defending champion Lee Westwood (73) was 10 strokes off the lead.