SAINT-QUENTIN-EN-YVELINES, France – As the opening-day sessions draw near, European captain Thomas Bjorn is keeping his plans close to the vest. But he’s not getting bogged down in the notion that his squad might be the underdog this week at Le Golf National.

Jim Furyk’s American squad is one of the strongest on paper in Ryder Cup history, with only Phil Mickelson lower than 17th in the latest world rankings. It’s led Las Vegas oddsmakers to install the Americans as slight favorites in the biennial matches despite the fact that the Europeans haven’t lost at home since 1993.

Bjorn didn’t make any changes to his three practice foursomes one day to the next, lending some potential clarity to who will be paired with whom once the competition begins in earnest. And while he’s not shying away from the notion that his team might lack the firepower of the Americans, he’s not going to make it a significant focus in the team room, either.

Bjorn remained coy when asked if he plans to ensure all 12 players see the course for at least one match Friday, although he reiterated that a plan is in place and “everyone knows where they are going.”

But with strength on both sides, Bjorn did open up about his expectation that this week’s matches could take an already historic competition to another level.

“These teams are the two best teams, world ranking-wise, that have been across from each other in this event,” Bjorn said. “It’s all lined up to be something special, so it’s for those 24 players to go out and show that.” 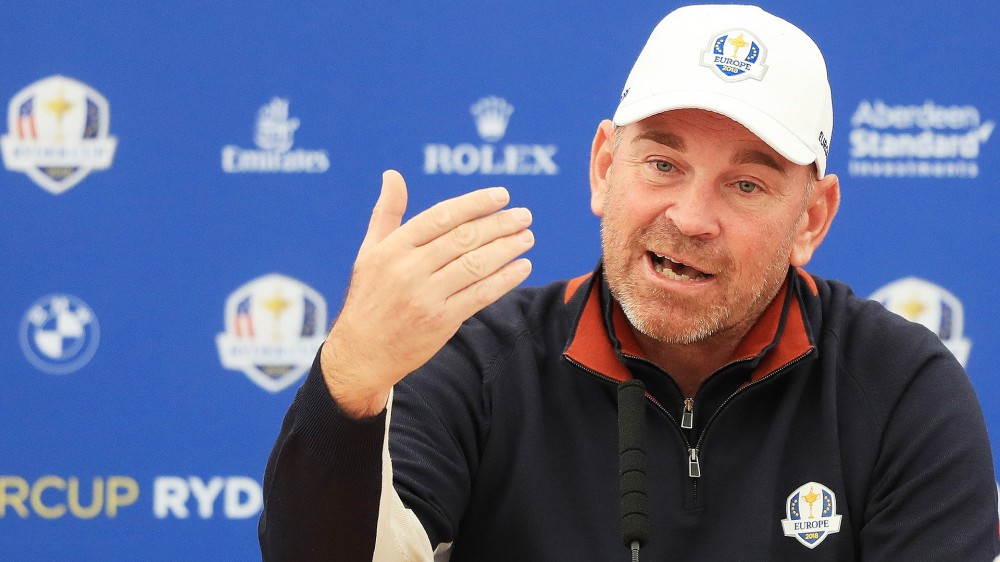