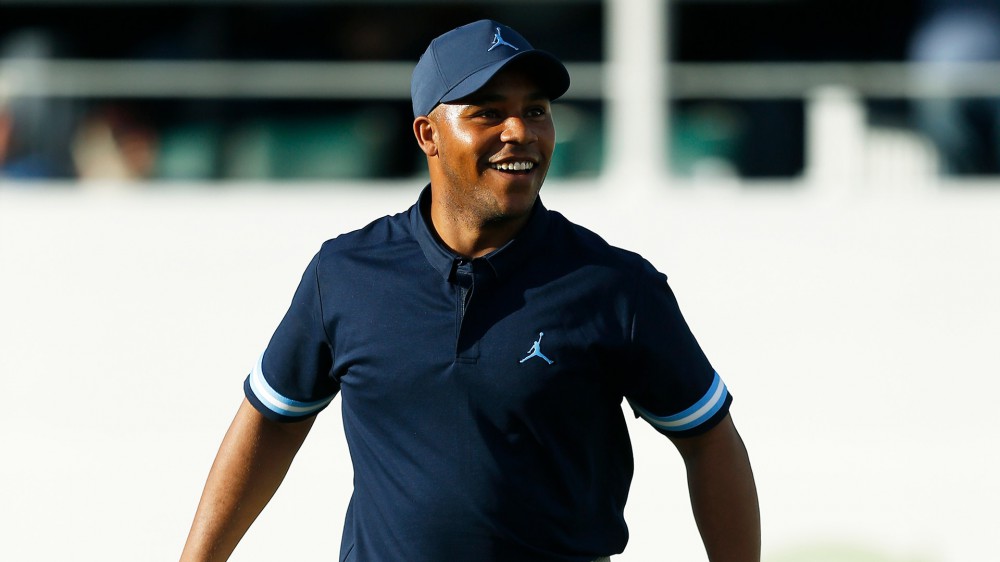 “I was on it all the time,” Varner said.

Recently, the 28-year-old Varner bought another video game console and has been hooked on Call of Duty. So much so that after firing an opening 7-under 64 Thursday at the Waste Management Phoenix Open, Varner was excited to get back to his rental home and fire up the PlayStation.

“I got a win last night; that’s what I was really pumped about,” Varner said.

Varner’s gaming skills don’t come anywhere close to his abilities on the golf course, though. He led the field Thursday in strokes gained: tee to green, but Varner’s always been known for his ballstriking.

It’s actually his putting that’s allowing him to shoot low numbers. He made 122 feet, 10 inches of putts in Round 1, a number helped by a 43-foot birdie make at the par-3 fourth and electric 31-foot birdie drop at the stadium par-3 16th. The latter bomb prompted Varner to dab in celebration. A few years back, the Charlotte-area native donned a Cam Newton jersey while also dabbing.

“I was thinking about it as I was walking down there,” Varner said. “But it just brings back good memories from when the Panthers were in the Super Bowl, so I need them to get back in there so I can do that again.”

Varner was able to keep his card last season by finishing 100th on the FedEx Cup money list. But Varner, who already has four top-20s this season, is tired of barely keeping his card. He would love to improve his bankroll with a victory on Tour. (He does have an Australian PGA victory to his credit.)

And he knows he’ll never be able to pay the bills playing esports. Knowing that, the C.O.D. sessions will be brief the rest of this week.

“Easy, put the game down and go to sleep,” Varner said. “It’s business. Those games don’t get me paid yet. I ain’t that good.”