Watch: Fowler chips in, then waves to Thomas

U.S. assistant captain Tiger Woods wrote in a blog post last week that Rickie Fowler and Justin Thomas have been spending time at his backyard practice facility, working on their short games. That practice appears to be paying off.

One down to the International team of Charl Schwartzel and Hideki Matsuyama through two holes on Thursday, Fowler and Thomas pulled all square when Fowler holed his chip from off the green at No. 3.

The hole-out was punctuated with a wave from Fowler, who appeared to be asking a Happy Gilmore-like, “Did it go in?” before seemingly gesturing to Thomas to go get the ball. 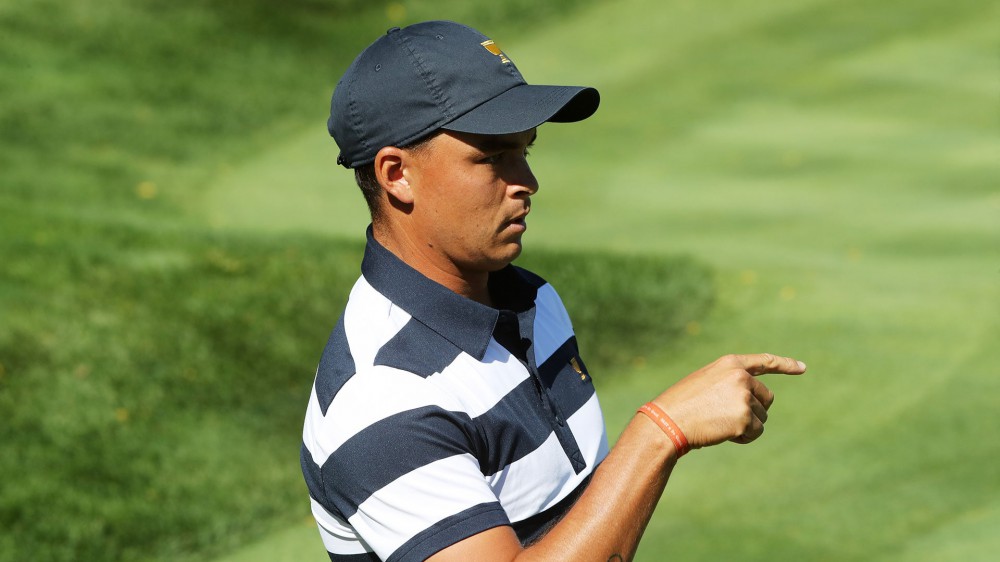 Munoz leads Streb by two at The Greenbrier