PEBBLE BEACH, Calif. – The final round of the AT&T Pebble Beach Pro-Am was delayed on Saturday as workers try to remove hail from the putting greens.

Paul Casey held three-shot lead over Phil Mickelson. through 54 holes. They were waiting to tee off when sunshine gave way to a hail storm that covered the greens in white. The final round earlier was delayed by an hour because of rain. Pebble had a little of everything on Sunday.

If the rain and hail wasn’t enough, the wind chill reached 39 degrees.

Sam Saunders scooped up hail and tossed it like a snowball. Patrick Reed’s caddie tried to make a snow angel.

When it hails on the golf course …

If the round isn’t completed, it would be the first time the final round was played on Monday at Pebble since Tiger Woods won in 2000. 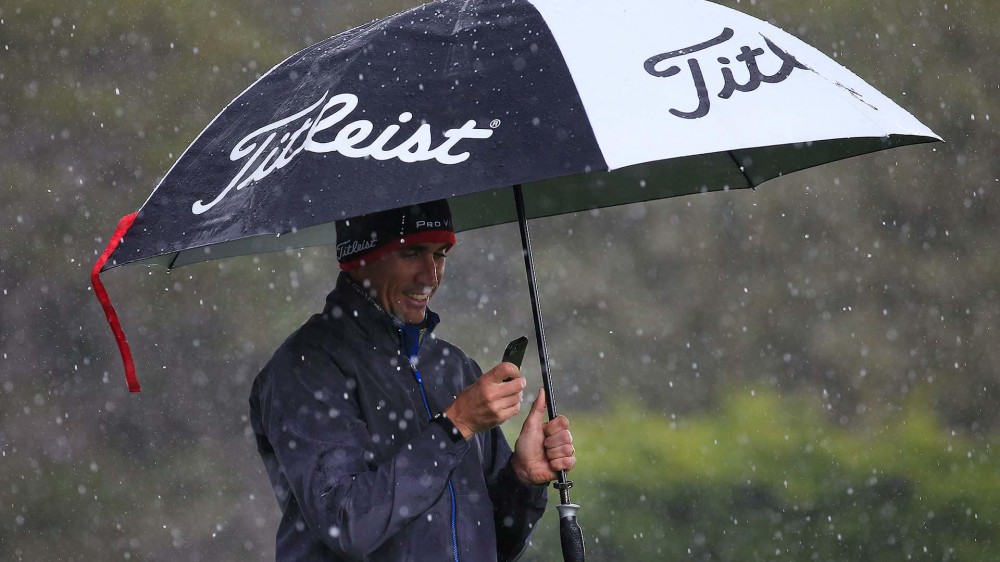