There’s hard-earned halved holes and then there’s what Matt Kuchar did on Saturday at the WGC-Dell Technologies Match Play Championship.

During their Round of 16 match, Kuchar was 3 up on Tyrrell Hatton on the 13th tee, when his drive found the cart path and bounced all the way into the 15th fairway behind a hospitality tent, appearing to crack the door open for a Hatton comeback.

Despite not being able to see the green, Kuchar proceeded to find it from 93 yards away with a little wedge approach that would make Phil Mickelson blush.

Matt Kuchar's tee shot on the 13th hole hit the cart path and bounced onto the fairway on the 15th hole.

He had to hit it OVER the hospitality suite.

• Kuchar's ball in the middle of the 15th fairway
• Hospitality tent in between him and the 13th green
• He ended up halving the hole pic.twitter.com/h5AkxCfSw6

Kuchar two-putted from 21 feet to match Hatton’s much more traditional looking par, and he officially punched his ticket to the quarterfinals two holes later, ironically enough, on the 15th hole. 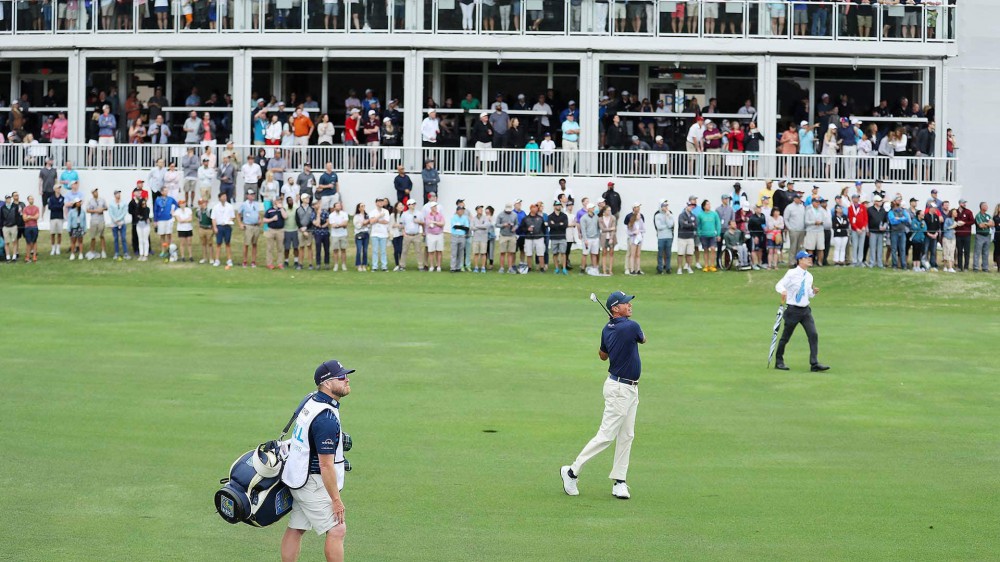