The only reason Rory McIlroy wasn’t guilty of a five-putt on Friday is because his first attempt was from off the green.

Playing Monterrey Peninsula Country Club in the second round of the AT&T Pebble Beach Pro-Am, McIlroy nearly drove the green at the 349-yard, par 4-fifth … and then this happened:

From 1 under to 1 over. #QuickHits pic.twitter.com/8VxuwHWpsF

Believe it or not, this is not the first time McIlroy has four-putted in competition. He also did it at the 2015 U.S. Open and had it happen in back-to-back rounds at the 2014 BMW Championship.

Per Golf Channel Research, this is actually the 10th time McIlroy has four-putted in 8,462 holes played on the PGA Tour.

At the BMW, McIlroy put his consecutive gaffes in this context: “It’s not my worst,” McIlroy said. “I’ve had five-putts before. It’s one of those things. At least I can laugh about it and move on.”

We can unofficially mark Friday down as another five-putt. 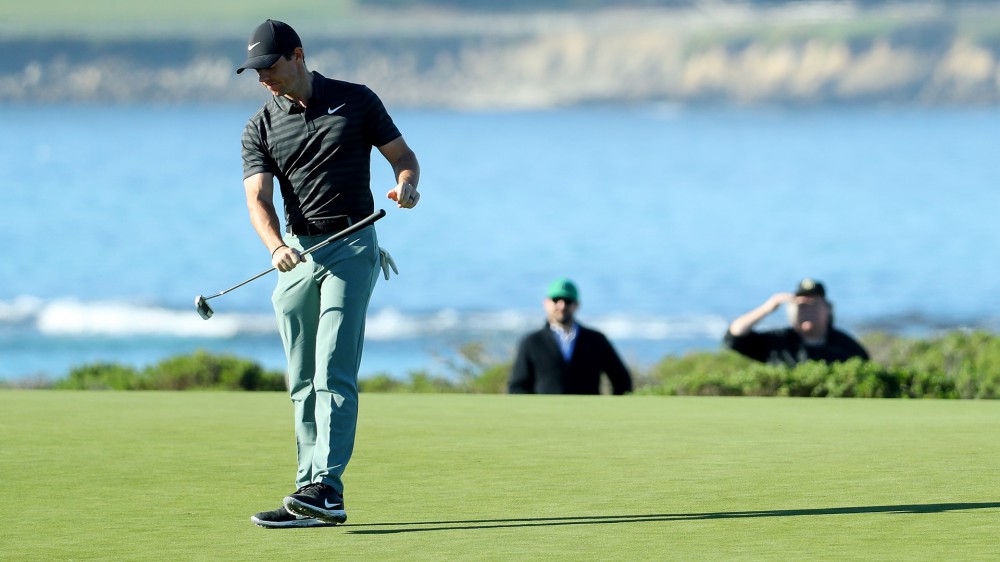