Watch: Nicklaus turns back clock with long birdie putt from off green

Jack Nicklaus has 18 major titles to his name, so it’s safe to say he’s made a big putt or two in his day.

And even at 78 years old, the Golden Bear hasn’t lost the touch that made him so great.

Playing in the final round of the PNC Father/Son Challenge with his grandson, G.T., Nicklaus flashed his magic with the flatstick, holing a birdie putt from well off the green:

The late birdie helped Team Nicklaus card a Sunday 64. Their 19-under total was good enough for a sixth-place finish at the Ritz-Carlton Golf Club in Orlando, Fla.

Davis Love III and his son, Dru, finished at 16 under to win the two-day event by three strokes. 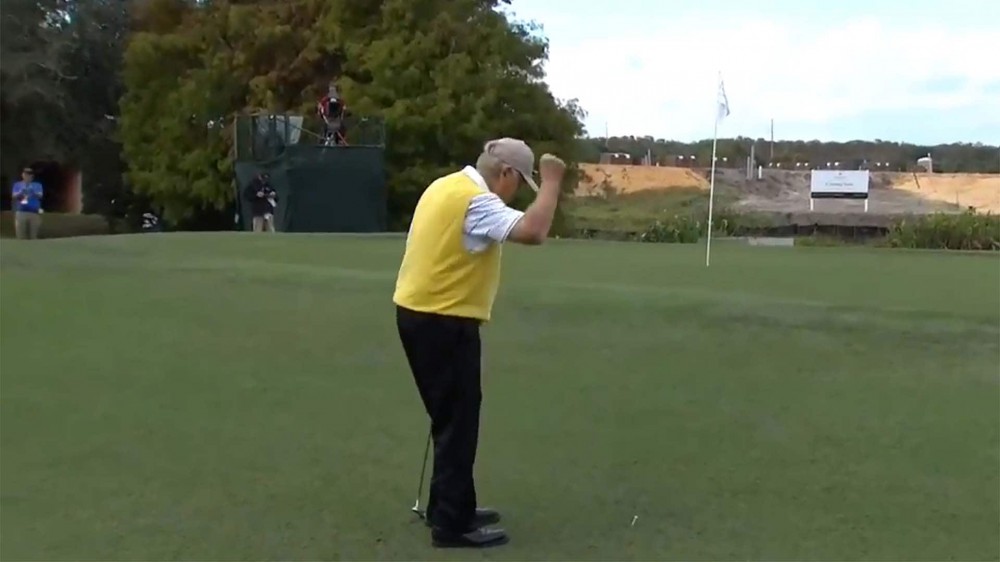