When Xander Schauffele hit his second shot to the par-5 18th, with the WGC-HSBC Champions title hanging in the balance, he anxiously hoped it would STOP. And, stop it did, just behind the putting surface, just short of a severely shaved bank that runs into the water hazard.

Unbeknownst to some of the Shanghai fans, Schauffele was able to replace his ball without penalty. He ended up two-putting for birdie to get into a playoff with Tony Finau.

Rose, however, took the penalty stroke and made bogey-6 for an even-par 72 and a solo third-place finish. 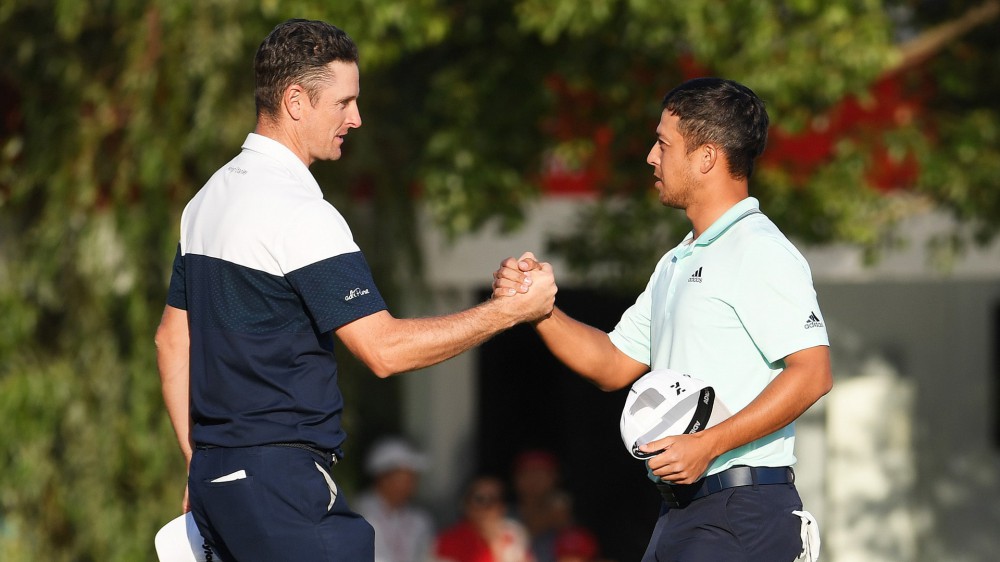