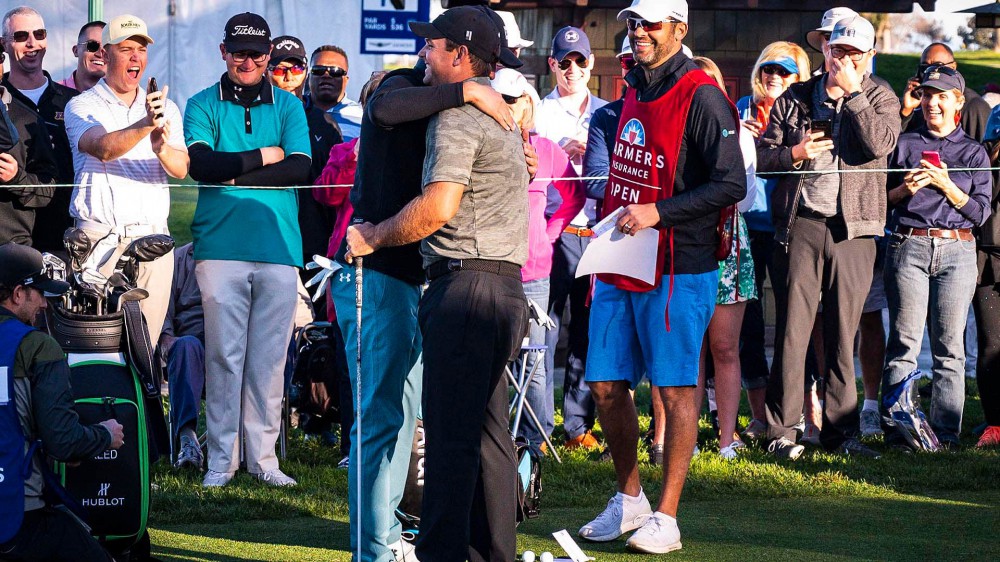 The third round of the Farmers Insurance Open came kicked off with an unexpected twist as Patrick Reed and Jordan Spieth ended up in the same group for the first time since their public fallout after the 2018 Ryder Cup.

But at least on the first tee, you’d never know the two had a problem.

The former U.S. Ryder Cup teammates, who we’re split up last year in a losing effort, hugged it out during their introduction in front of the gallery at Torrey Pines.

Reed ignited a controversy shortly after the loss to Europe in Paris, saying, among other things, “The issue’s obviously with Jordan not wanting to play with me.”

More recently, both players confirmed they hadn’t spoken directly since the incident.