Watch: Tiger chips in for one of four birdies Friday at Farmers

After carding a 2-under 70 Thursday on Torrey Pines’ South Course, Tiger Woods felt like he would be “forced” to shoot a low one Friday on the North Course.

Unfortunately for Woods, he made just four birdies and also notched a double bogey to shoot another 70 in Round 2 of the Farmers Insurance Open. He’ll make the cut, but he’ll begin the weekend well back.

Woods was on his way to a good number early, though, starting his second round with birdie on the par-5 10th hole. But six straight pars to follow and a double bogey to cap his first nine took the wind out of Woods’ sails on the San Diego coast.

Still, this birdie at the par-5 eighth hole kept Woods’ birdie streak on the par 5s alive, as he birdied each of the two par 5s on the back nine after making birdies on each of the South’s four par 5s on Thursday.

Woods began to settle in again on the second nine, making just his third career birdie in 16 trips to the par-3 third hole.

A hole later, Woods chipped in for birdie at the par-4 fourth.

But that’s where the highlights ended. Woods made par on both par 5s on his second nine and closed with five pars. 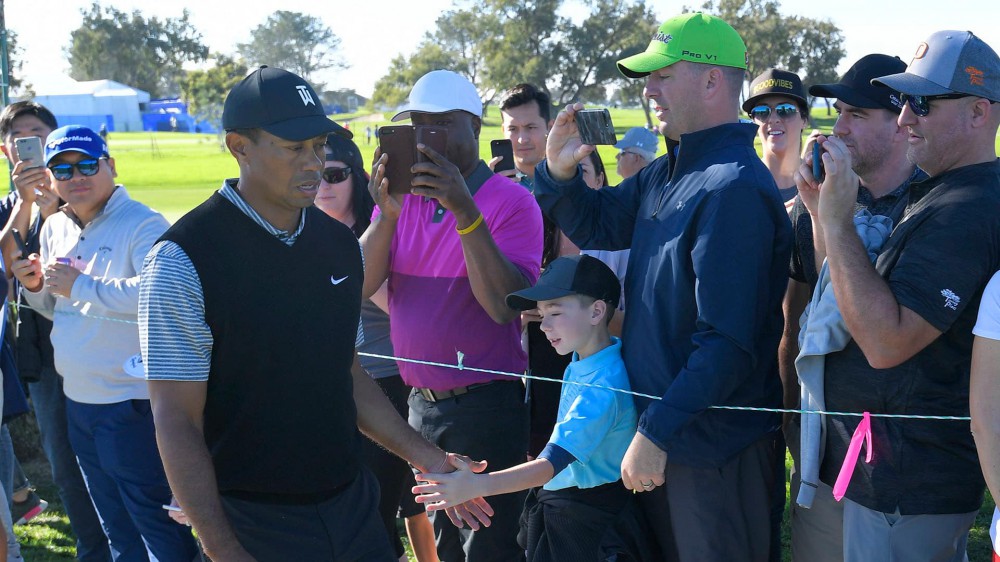