Tiger Woods shot 67 in the second round of the Memorial Tournament and it could have been much lower, if his putter had cooperated.

His putter continued to confound him early in Round 3, but he finally got it going with this eagle at the par-5 fifth:

[email protected] with a classic eagle at No. 5.#LiveUnderPar pic.twitter.com/jD3IJ08w2A

That got him to 7 under for the tournament, four off the lead.

And then he birdied the par-4 sixth to get three back.

A two-putt birdie at the par-5 seventh gave him an eagle-birdie-birdie stretch and got him to 9 under for the tournament, just two behind the leaders. The scoring run came to an end with a missed 13-footer for birdie at the eighth.

Another birdie at the ninth to make the turn in 31. He got to 10 under, one shot off the leaders (who have yet to tee off).

Four pars across holes 10-13 and then Woods stuffs it to 3 feet at No. 14. Then misses. Stays at 10 under as he makes all pars on the back nine so far today.

Tiger ranks 78th of the 81 players to make the cut. pic.twitter.com/J23RyIMfa9

Tiger’s first birdie on the back nine came at the par-5 15th. Moved him to 11 under, and IN A TIE FOR THE LEAD. 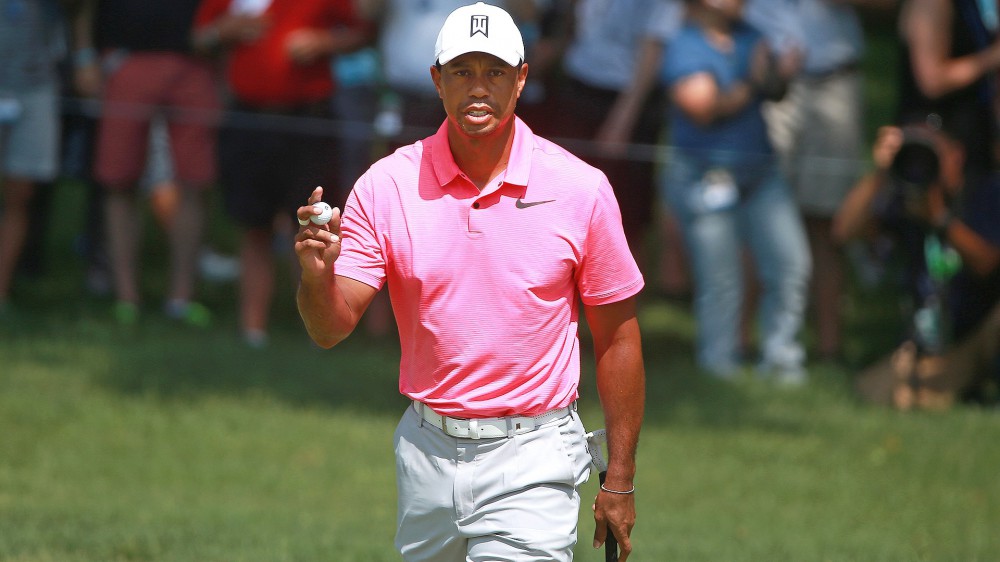 Watch: Phil holes out from fairway during practice