PONTE VEDRA BEACH, Fla. – It’s already one of the most-discussed holes on the PGA Tour, but now the 17th at TPC Sawgrass has a new line in its record book thanks to Jhonattan Vegas.

Vegas sent the crowd around the island green into a frenzy with his birdie effort during the final round of The Players Championship, a 69 foot, 7 inch putt that curled around the bunker guarding the front of the green and found the cup on the other side. It marked the longest putt ever recorded on No. 17 in the Shotlink era (since 2003) and came just minutes after Eddie Pepperell jarred one on a similar line from just inside 50 feet.

Vegas’ putt eclipsed the previous record at No. 17 of 59 feet, 8 inches made by Bernhard Langer during the second round in 2008. He threw his hands in the air after the ball disappeared, pumping up the crowd as he grabbed a share of the lead.

“Absolutely mind-blowing. Simple as that,” Vegas said. “I mean, it never crossed my mind that I was going to make such a long putt on such a phenomenal hole. But it’s one of those things, that’s kind of what you play golf for, to be in those kinds of situations.”

The birdie at No. 17 lifted Vegas into a logjam at 14 under, and he had a 6-footer for birdie on the home hole that would have given him the lead alone. But that putt slid by, leaving him with a final-round 66. As it turned out, even a closing birdie would have left him one shot shy of Rory McIlroy’s 16-under winning mark.

Instead, Vegas settled for a tie for third, a hefty payday and his first top-5 finish since September 2017.

“I’m super happy. We’re talking about one of the greatest fields in golf,” he said. “To have a chance to win here, it’s always amazing. I feel like I’m at a point in my career where I need to start contending a little bit more in these types of bigger events and I’ve been preparing myself for it, so thank God it’s kind of moving in the right direction and hopefully I can have one of these soon.” 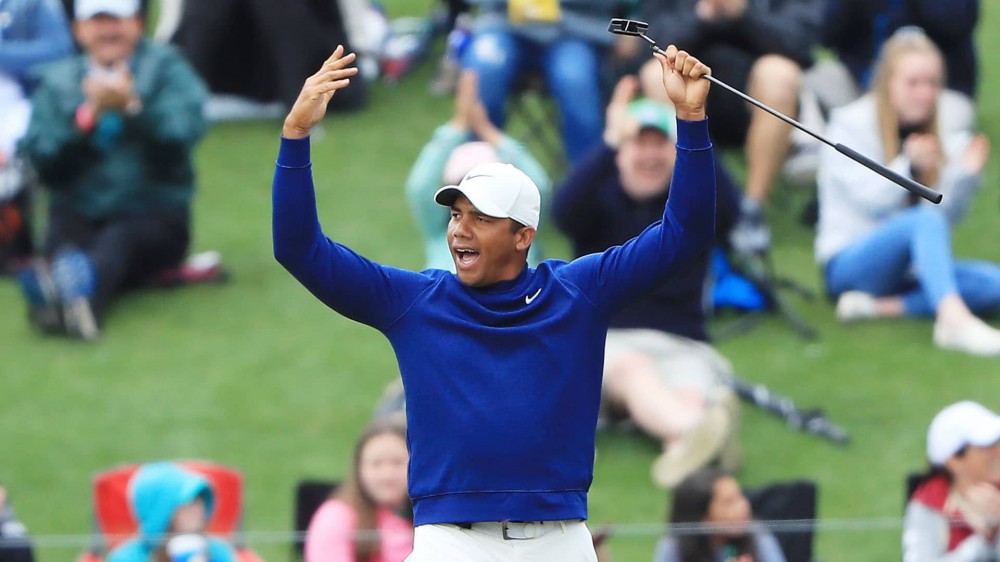