Home Golf News & Information Why a U.S. Open in September might actually be better 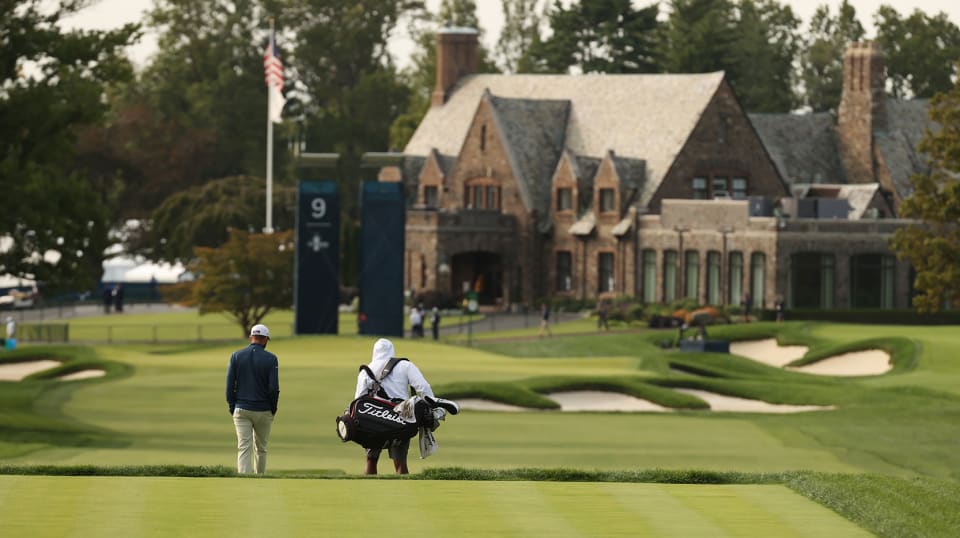 MAMARONECK, N.Y. – When Ken Venturi won the 1964 U.S. Open at Congressional Country Club, he did so despite suffering from severe dehydration in the 100-degree heat.

That will not be happening this week.

Although fall doesn’t technically start until September 22, there will be more leaves and layers than usual at the 120th U.S. Open, what with the pandemic having bumped the USGA’s crown jewel back on the schedule. The weather is crisp enough so that Patrick Cantlay wore a ski cap as he teed off Tuesday, and at sunrise on Wednesday the thermometer showed 52 degrees.

“Well, we have better weather right now here than we had in June in Pebble,” said Jon Rahm, referencing last year’s U.S. Open at California’s Pebble Beach. “Pretty similar, just having sweaters on and that’s it. Or the PGA in San Francisco (last month), it was colder than it is right now. I know on the weekend it’s supposed to cool here (into the low 40s at daybreak) a little bit.”

Winged Foot Superintendent Steve Rabideau is on record saying a June U.S. Open is easier to prepare for; he told golf.com “the rough is super healthy, the grass really isn’t under stress yet.” But to behold his prized canvas this week you wouldn’t know he doesn’t actually prefer September.

The undulating greens are firm, and the narrow fairways have just the right amount of bounce to make holding them a huge challenge. The rough is a foot deep in places, allowing the USGA to cut it to whatever length they want for the competition rounds, assuming they do cut it.

Rahm has been pleasantly surprised.

“I think one of the scares at least for me this time of year here was maybe being a little too cold and rainy and maybe having a lit bit of a softer U.S. Open,” he said, “but it seems like it’s going to be right up the U.S. Open alley.”

Well, everything except the traditional final round on Father’s Day.

Last time the U.S. Open wasn’t played in June was July 2-6, 1931, at Inverness Club in Toledo, Ohio. There have been seven U.S. Opens in September and October, most recently when Francis Ouimet won a playoff at the Country Club in Brookline, Massachusetts, in September, 1913. In other words, there’s a playbook for this week, albeit a very dusty one.

“All in all, I’m glad they just didn’t cancel it,” defending champion Gary Woodland said of the September date change. “I’m glad they postponed it. The USGA was very resilient in that deal. Obviously coming to New York where we’re in Westchester, which at one point was a big epicenter for COVID and they’ve done a great job turning things around.

“It’s a great membership here,” he added, “and I wish the fans in New York City would be able to be out here, but hopefully we can put on a good show for them on TV.”