Home Golf News & Information Wie, three back, in the hunt for her second major 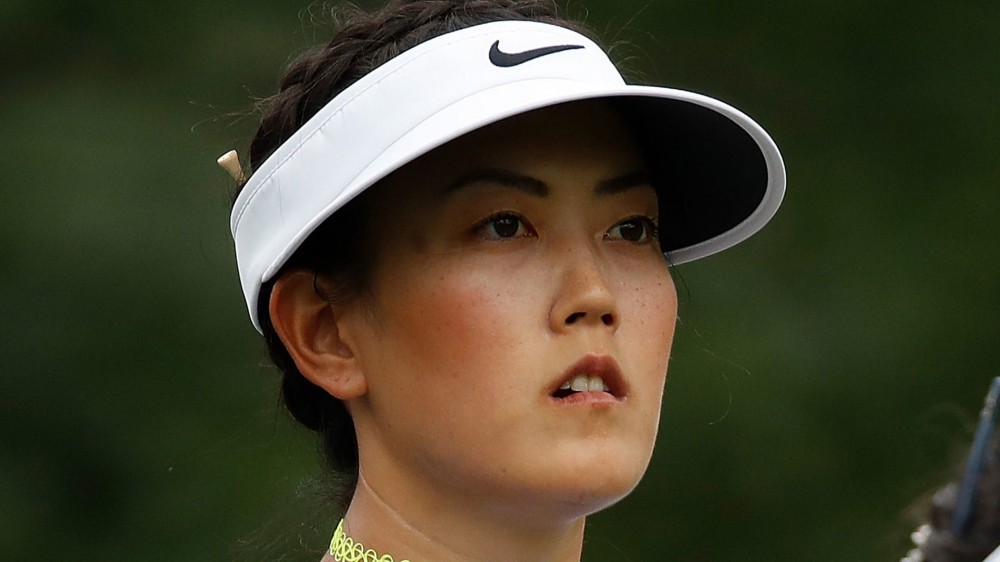 OLYMPIA FIELDS, Ill. – Michelle Wie couldn’t get as many putts to drop Friday with her potpourri of grips, but she got herself in the weekend hunt to win the KPMG Women’s PGA Championship.

Wie’s 1-under-par 70 left her three shots off the lead.

“I played great today,” said Wie, who is alternating among claw, left-hand low and conventional putting grips. “I just missed so many putts. It was one of those days where I could have shot 63 easily. But I played myself in good position, and I’m just going to try my hardest this weekend.”

How well has Wie been playing? Her bogey at the last ended her streak of nine consecutive rounds in the 60s. She has finished fourth or better in four of her last five starts.

Wie is looking for her fifth LPGA title, her first since winning the U.S. Women’s Open three years ago.

“I’m excited for the weekend,” said Wie, who will be paired with Lydia Ko on Saturday.