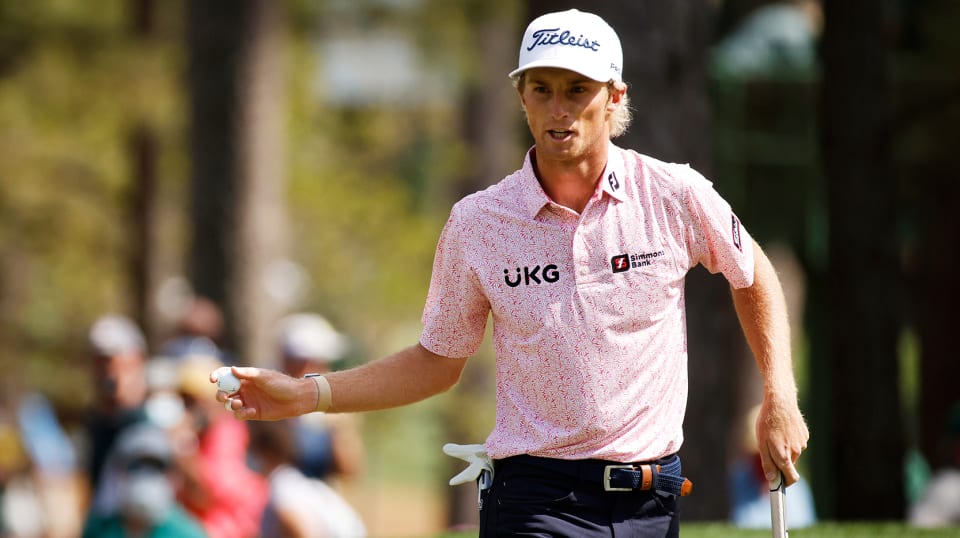 “I just took as many mental images in my mind, because I’ve watched this tournament for as long as I can remember,” Zalatoris said. “And the fact that I was a part of it is pretty special, and the fact that I contended is even cooler.”

If he was an unknown to start the week, he isn’t anymore.

His first made putt of the week got a few polite claps from about two dozen patrons behind the first green, most of whom frankly were probably there to see one of his playing partners on Thursday — two-time Masters champion Bernhard Langer. His last putt of the week came with thousands of patrons surrounding the 18th green, regaling him with a standing ovation and a roar.

“I’ve watched him a bit on television the last few months or year or so, and already thought he was special on TV,” Langer said Thursday after that opening round. “And then I experienced him in person today, and I would definitely agree. He’s going to be one of the stars for the future, I think. Certainly has the capability. You look at him, he’s fairly skinny, but man, does he hit the golf ball.”

This was no fluke, either.

Zalatoris — who, if nothing else, secured his invitation back to the 2022 Masters this week — was in the hunt every step of the way.

Matsuyama shot a 3-under 69 on Thursday; Zalatoris shot a 70. He actually was two shots better than the eventual Masters champion through 36 holes, after a 68 on Friday. Matsyuama really won the tournament on Saturday, shooting a 65 that put him in full control and left him four shots clear of his nearest challengers, Zalatoris included.

Thing is, the kid never went away. He opened birdie-birdie on Sunday and got within one of the lead, and finished in that same spot, one shot away.

“It hasn’t sunk in,” Zalatoris said. “I think, if anything, it’s just the fact that I’m one shot short. It’s just kind of sitting right in front of me, thinking through where I could have found that one or two shots, really. That’s just golf every single week. You always think about those one or two.”

“But like I said, the fact I put myself in contention and was able to handle it and be in the final group in my third major in my entire career is obviously really exciting.”

There is that element as well: He’s shown a propensity to come up big in the big moments. This is already his second top-six at a major, after he tied for sixth at the U.S. Open last year, 11 shots back of runaway winner Bryson DeChambeau but finishing with the same 72-hole score as world No. 1 Dustin Johnson.

“I can play with the best players in the world,” Zalatoris said.

Nobody at Augusta National this week would argue.