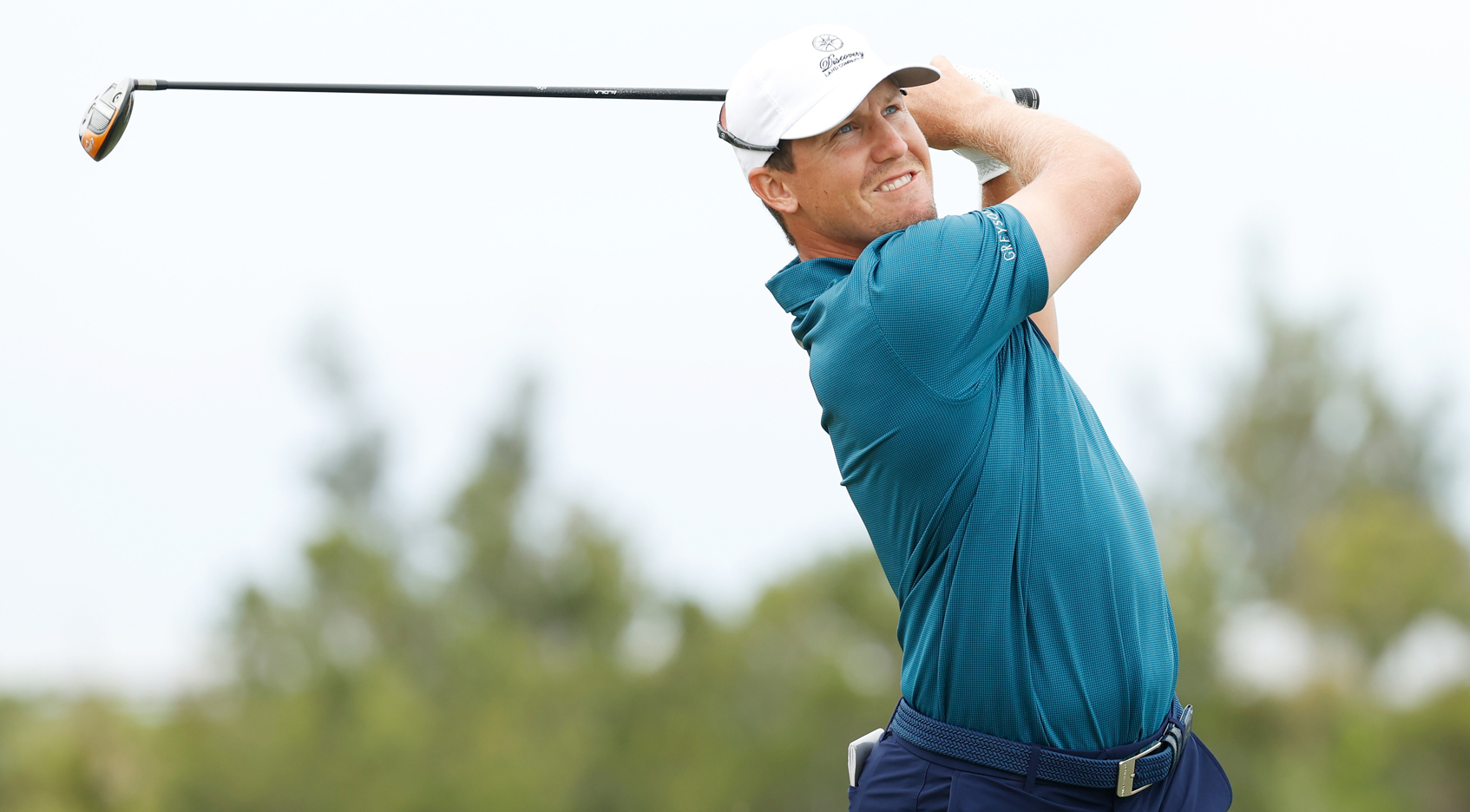 SOUTHAMPTON, Bermuda – Saturday afternoon, Kramer Hickok did something for the first time in his six-year professional career.

He used a compass to check the wind — on the greens.

Bermuda Championship host venue Port Royal GC is situated adjacent to the Atlantic Ocean, with several holes fully exposed to the wind. The third round featured sustained gusts of 15-20 mph, up to 25 mph.

Hickok knew the conditions would influence the break of putts, and he wanted maximum information.

“I’m asking (caddie) Billy to get the compass out and see what the wind’s doing on this putt, because you have to factor that in so much, just because the wind’s blowing so hard,” said Hickok, who stands tied for second at 9-under into the final round of the Bermuda Championship, one back of leader Doc Redman.

“Literally you’ve got a putt that’s half a cup out left, and the wind’s off the right, it will blow it left. It’s different, it’s fun, and you’ve got to embrace it.”

Those who embrace this week’s conditions at par-71 Port Royal GC are best positioned to thrive on the seaside venue, which measures just 6,828 yards but has played to a cumulative over-par total this week (71.374).

Between the second and third rounds, the wind direction flipped nearly 180 degrees, causing the most exposed holes to play in drastically different fashion.

The 443-yard, par-4 11th played downwind on Friday, and Hickok nearly drove the green, his ball settling 35 yards shy of the hole – with a back hole location.

Saturday, that was not the case.

“I was five yards, 10 yards off the front edge yesterday, and today I bombed the drive and had 8-iron and left it 20 yards short,” Hickok said. “So my 8-iron today ended up in the same spot that my driver was yesterday. It was wild.

“Yesterday to that back pin, I probably had 75 yards,” added Redman, who arrived in Bermuda on the strength of two third-place finishes in his past five starts. “And then today, I had maybe 135 (yards), and I hit 7-iron. Quite a bit different.”