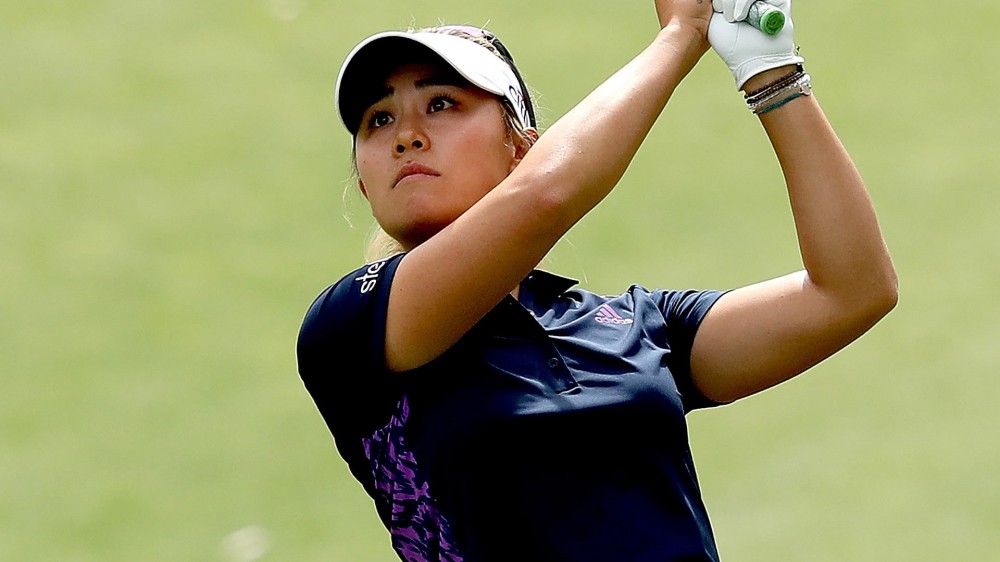 RANCHO MIRAGE, Calif. – Danielle Kang is getting pep talks from swing coach Butch Harmon after every round.

What is he saying with Kang in the hunt to win the ANA Inspiration Sunday at Mission Hills?

Kang, 26, is looking to win her third LPGA title and her second major championship. She followed up her KPMG Women’s PGA Championship two years ago with a victory at the Buick LPGA Shanghai last fall.

Kang appeared to hurt her left shoulder hacking a shot out of the rough on the third hole, but she said she was fine after her round.

“It was just a momentary kind of ache,” she said.

Kang, who tied for second at the Kia Classic last week, was asked if already having won a major championship makes Sunday any easier.

“Honestly, it’s hard to win a golf tournament,” Kang said. “There are so many players. People are playing great. Nasa [Hataoka] played amazing [to win last week]. But it helps that I know I’ve won a major before.

“Putting that all aside, I just want to stick with the process, like I normally do, because you kind of get out of the normal routine, because you want to force things so much, because everything is so magnified because it is a major.”

Kang takes a lot of confidence from her ball striking into the final round.