AUSTIN, Texas – Jordan Spieth hit three shots out of play, had three three-putts and played his first three holes in his Day 3 match against Patrick Reed in 5 over par.

That’s not exactly what the golf world was hoping for when America’s top two match play competitors set out in the week’s most high-profile match at the WGC-Dell Technologies Match Play, but then, after a trying few weeks, Spieth admitted he didn’t have high expectations at Austin CC.

“I didn’t feel like [Reed’s] match play toughness had much to do with the match today,” said Spieth, who like Reed was undefeated through two days of pool play. “There were a lot of holes given to him. He had a lot of pick the ball up throughout the day.”

Although Spieth said he’s pleased with the progress he’s making in his game, there are issues – particularly with his putter – that still need to be worked out before next month’s Masters.

Reed didn’t seem to have the same concerns after winning the match, 2 and 1, and advancing to the weekend at the Match Play for just the second time in five starts.

“It was just one of those days that with how the conditions were, it wasn’t fun. It was hard, it was a grinder’s day out there,” said Reed, who will face Alex Noren in Saturday’s Sweet 16. “You weren’t going to see a ton of birdies.”

Reed took an early 2-up lead thanks to Spieth’s horrid start, which included his opening tee shot sailing out of bounds, but Spieth rallied with birdies at Nos. 9 and 10 to square the match. Reed pulled away with a birdie at No. 13 and closed the match with a 40-footer for birdie at the 17th hole. 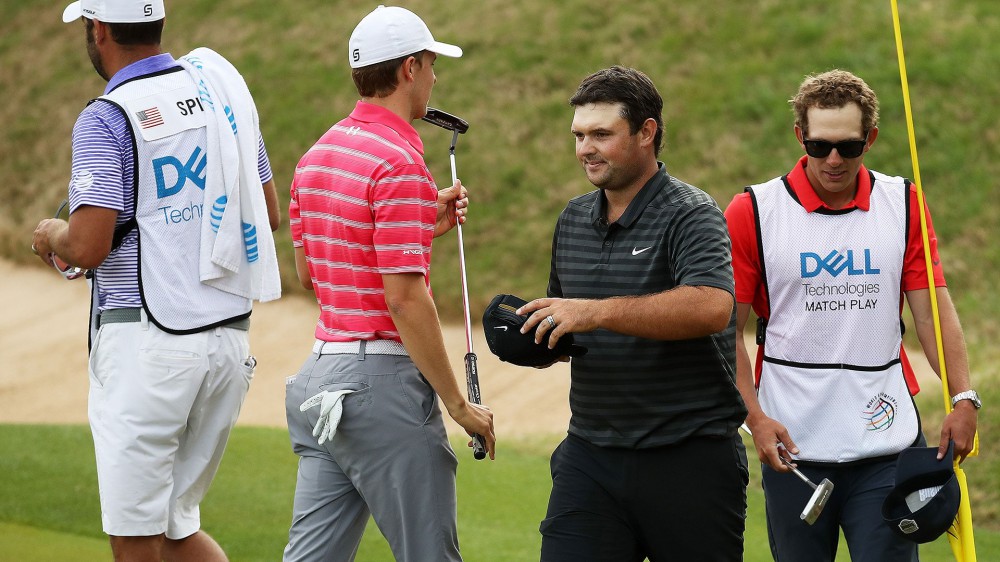 Woods, Lee, Reid among those chasing Spilkova at LPGA Q-Series