Wolff (67) powers through nerves in first PGA Tour round

SCOTTSDALE, Ariz. – Matthew Wolff continues to become a superstar before everyone’s eyes. There’s the weird-but-cool swing, the prodigious ball speed and power, and the contagious personality.

Yet, as Wolff’s instructor George Gankas said, “There’s still a lot that we don’t know about Matt.”

On Thursday, the 19-year-old Oklahoma State sophomore competed in his first PGA Tour round and answered the question of how he’d respond, emphatically. Wolff shot 4-under 67 and sat just three shots off the lead after the morning wave.

“Playing in front of a crowd like this, I never experienced anything like it before,” Wolff said.

The crowd likely hadn’t witnessed anything like Wolff before, either. At 6 feet, he packs a mean punch. He blew one drive almost 40 yards past his playing competitors, Max Homa and Stephan Jaeger, on the par-4 18th hole, blasting it 353 yards. On his final hole, the par-4 ninth, he carried the fairway bunker with a 345-yard poke.

“Today he hit some knuckle-ball drives that were pretty insane,” said Gankas, who is carrying the bag this week. “It was cool to watch him just go.”

Said Homa: “I’ve heard great things, so I was not really super surprised.”

The towering tee balls were especially impressive considering Wolff got to hit about five drivers during his pre-round warmup. The youngster arrived at the course about two hours before his round. Next thing Wolff knew, he had about 10 minutes left until his tee time and he was still hitting 3-woods.

“I was a little rushed starting this morning,” Wolff said. “For me, that was a little uncomfortable. … But that’s why I come out here, for experience and being able to learn.” The unique swing of Oklahoma State’s Matthew Wolff is enough to make anyone do a double take, but some believe he could change the word of golf.

Wolff paid extra attention during a Tuesday practice round with Oklahoma State alum Rickie Fowler, who told Wolff to play smart but not be afraid to let loose and not hold anything back. Specifically, Fowler told Wolff to abide by the 8-iron rule. If Wolff has an 8-iron or less into any green, he can go at a tucked pin. If not, play it safe and make par.

“He said, ‘Take a deep breath and don’t swing easy,’” said Wolff, who has little trouble with that. He knocked it on the green Thursday at 16 and made par.

Impressively, Wolff didn’t make many mistakes in his maiden Tour round. He carded just one bogey, which came on a three-putt on the par-4 11th. After that, Gankas was quick to inject some confidence back into his player.

“That’s how he plays his best golf,” Gankas added. “Not just confident, but cocky. He’s gotta have that swag, and as soon as he got his swag back he started feeling comfortable.”

Said Wolff: “He told me I’m good enough to be out here, I just gotta believe it.”

After Thursday’s performance, he knows it. And so does everyone else. 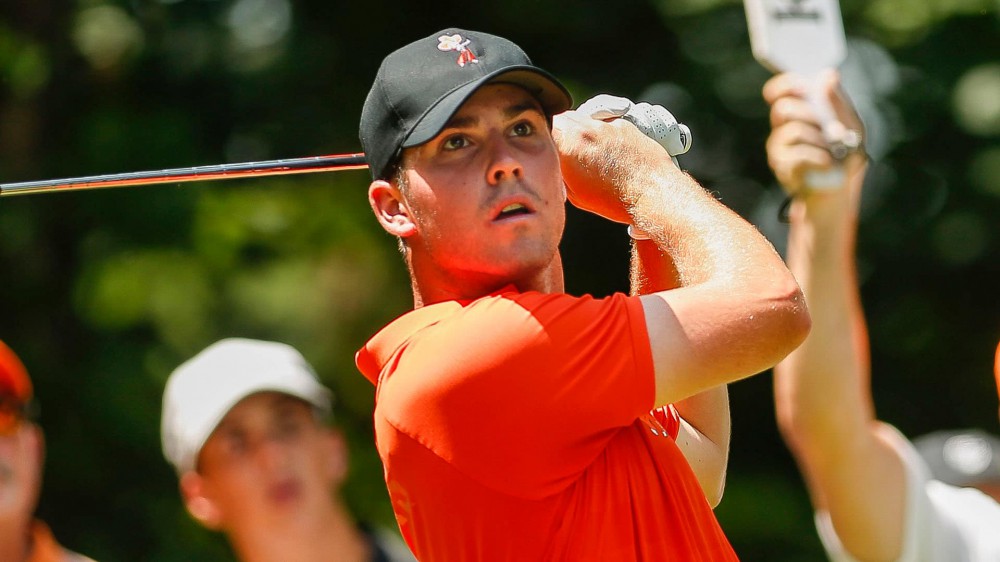