Rory McIlroy made a Moving Day charge Saturday at Kapalua, but Gary Woodland still held onto his lead at the Sentry Tournament of Champions. Here’s where things stand entering the final round on Maui:

What it means: McIlroy put on a ballstriking clinic Saturday around the Plantation Course. He’s continued to hit greens in bunches, missing only six in regulation through three days. He didn’t make a putt outside of 12 feet yet poured in five birdies, including four on his front nine. But while McIlroy pulled even with Woodland on the back nine, he couldn’t stay with the 36-hole leader. Woodland, a three-time Tour winner who entered the week 0 for 5 with a 36-hole lead, carded three birdies and no bogeys on his opening nine. After dropping a shot at the par-4 12th, he eagled the par-5 15th and closed with birdie on the three-shot finishing hole to secure himself a 5-under 68 and three-shot cushion entering Sunday.

Round of the day: Four of the top five players on the leaderboard (Woodland, McIlroy, Leishman and Schauffele) all shot 68, as did Paul Casey, who made eight birdies in his first 36 holes and matched that total on Saturday. After a first-round 73, Casey is only a shot outside of the top 10.

Best of the rest: DeChambeau took a flagstick-sized step back on the greens Saturday after two brilliant putting performances. However, he did enough late to keep his victory hopes alive, making birdie on four of his last six holes to post 70. Dustin Johnson is also back in the top 10 after a 4-under 69, which came a day after he was slapped with a two-shot penalty during a 74, his first over-par score at Kapalua.

Biggest disappointment: Cameron Champ entered Moving Day in a tie for sixth before backing up with a 1-over 74 and ending his chances of winning for a second time this season. But the 23-year-old rookie still has a shot at his fourth top-10 of the young season. Instead, Jason Day earns the title on this day as he made a trio of sixes and shot 75.

Main storyline heading into Sunday: We’ve moved on from flagstick talk, and now it’s time to focus on who will hoist the trophy on Sunday. A first-timer hasn’t won at Kapalua since Daniel Chopra did so in 2008, but McIlroy can change that. First, he’ll have to catch Woodland, and then he’ll need to hold off Leishman, Schauffele and DeChambeau, who have all tasted victory already this season. While Woodland will have the odds in his favor, McIlroy hasn’t made many mistakes. He’ll enter Sunday having gone 32 holes without making a bogey.

Shot of the day: After McIlroy pulled even with him at 14 under, Woodland responded by draining this 63-footer for eagle at the 15th hole (a hole that McIlroy failed to birdie) to move to 16 under and take a two-shot lead.

Quote of the day: “I can’t really worry about the lead, I mean, I’m too far back to really scoreboard watch. I need to go out there and make 10, 11 birdies or something like that, and really hope the people in front don’t do a lot, too, because with this course if there’s not much wind it’s very gettable (and) it’s not very difficult.” – Thomas, who is seven shots back in a tie for sixth 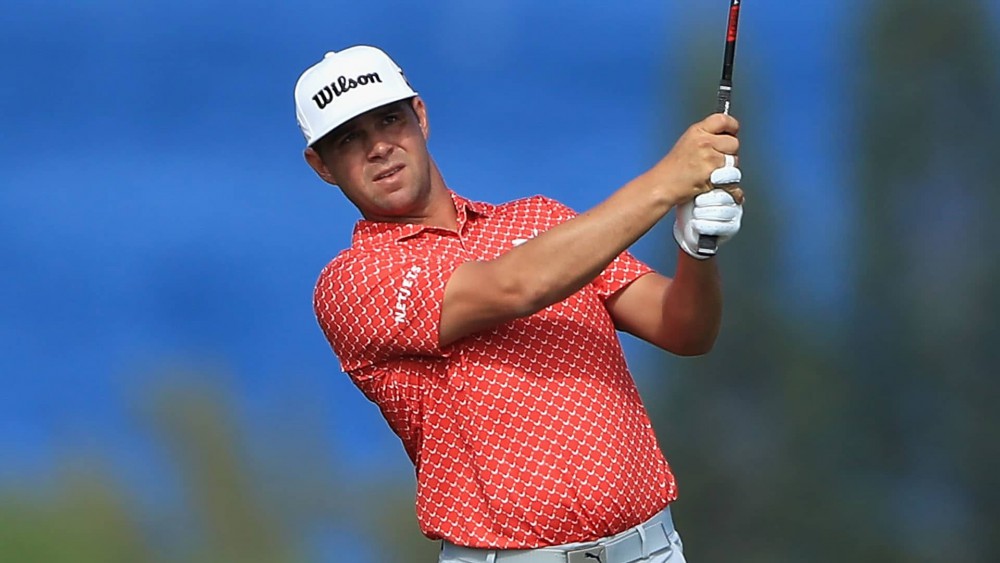 Thomas has another ball to add to dad's collection