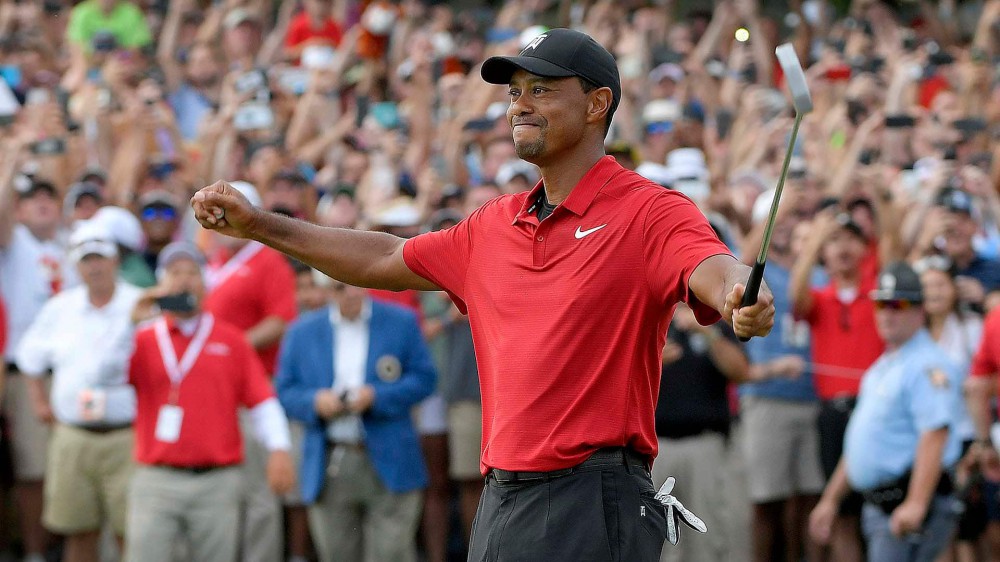 SAN DIEGO – Tiger Woods has never been one to spend much time reflecting on a victory or defeat but last year’s Tour Championship was different.

Woods was asked on Tuesday at the Farmers Insurance Open, where he is making his 2019 debut, if he’d watched any highlights from the final round at East Lake and quickly added, “I have, yeah, quite a bit.”

The Tour Championship was Woods’ 80th PGA Tour victory and his first in more than five years. It was also the first following a series of potentially career-ending back surgeries. But what truly made his three-stroke victory over Billy Horschel special was how he was able to grind on a difficult golf course.

“East Lake was very similar to what we play at major championships. It’s about the grind and that’s what I did,” Woods said. “Just plodding along, plodding along. Force those guys to come make a run at me on a very difficult golf course and I was able to pull it off.”

Woods also said he hit one of the most important shots of the year on Sunday at East Lake when he missed the green with his third shot at the par-4 16th hole but chipped to a few inches for a tap-in bogey.

“I hit a driving spinner up there to a kick-in,” he said. “At that time for how much that meant to pull off a shot like that, keep the lead in the tournament, keep the hammer down on those guys, that was a big, big up-and-down for us.”