POTOMAC, Md. – Earlier this month following a rain delay at the Memorial, Tiger Woods explained that he actually embraced the weather delay.

Following fusion surgery on his lower back last year, it was a chance for Woods to see how his body responded to a delay, which can be difficult for those with back issues. It was a test he easily passed.

Conversely, this week’s stop at the Quicken Loans National was a chance to see how his body responded to a different test, with temperatures hovering in the high 90s and high humidity.

“These are all little milestones, I guess you could say,” he said on Saturday at TPC Potomac. “Playing under slower conditions, cold initially this year early, which I thought was going to be the most difficult. I didn’t know how my back would react to playing, like in Tampa it was in the 40s when we were warming up there and playing early.”

The heat didn’t seem to be an issue for Woods, who birdied four consecutive holes starting at the fourth to move to within a stroke of the lead. Although he wasn’t as sharp on his closing nine, finishing his day with a 2-under 68, he remains in contention at 7 under par and six strokes off the lead.

“This week is just how fit am I?” he explained. “I know my legs are strong from all the legwork we’ve done, so I don’t have a problem with my strength and my endurance, it’s just a matter of keeping focus out here in this heat.” 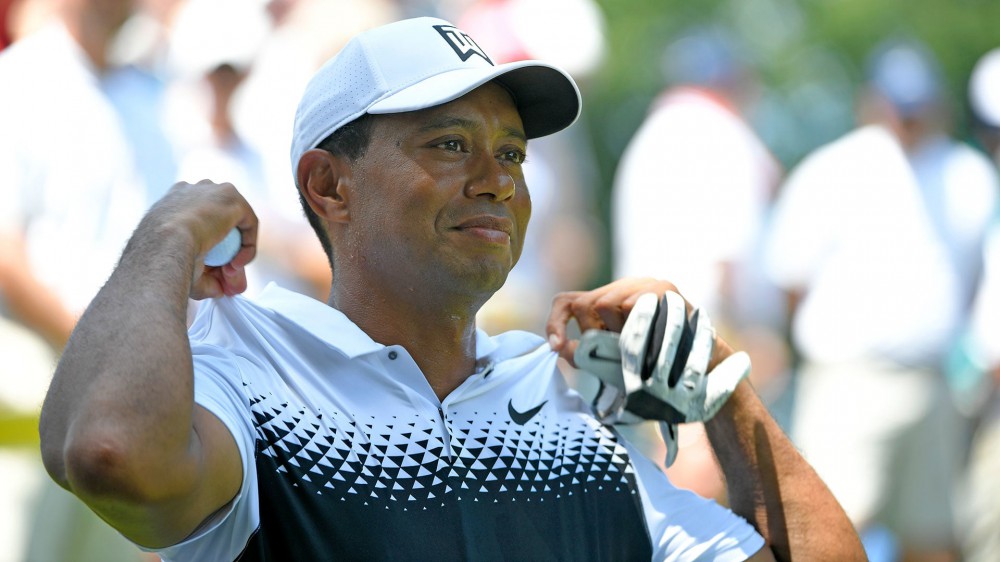