Tiger Woods is known for his ability to tune out hecklers while in the midst of a competitive round, but every now and then a fan is able to get under his skin – or, at least, his caddie’s.

Joe LaCava has been on the bag for Woods since 2011, and on a recent appearance on ESPN’s “Golic and Wingo” he shared a story of personally dispatching of an especially persistent heckler after dipping into his wallet earlier this month at the WGC-Bridgestone Invitational.

According to LaCava, the fan was vocal throughout Woods’ final round at Firestone Country Club, where he eventually tied for 31st. On the 14th hole, LaCava asked him to go watch another group, and the man agreed – under the condition that LaCava pony up with some cash.

But the apparent resolution was brief, as the heckler pocketed the cash but remained near the rope line. At that point, the exchange between LaCava and the fan became a bit more heated.

Eventually an on-course police officer intervened, and the cash-grabbing fan was ultimately ejected. According to LaCava, Woods remained unaffected by the situation that played out a few yards away from him.

“He didn’t have a problem,” LaCava said. “And actually, I got a standing ovation for kicking the guy out of there.” 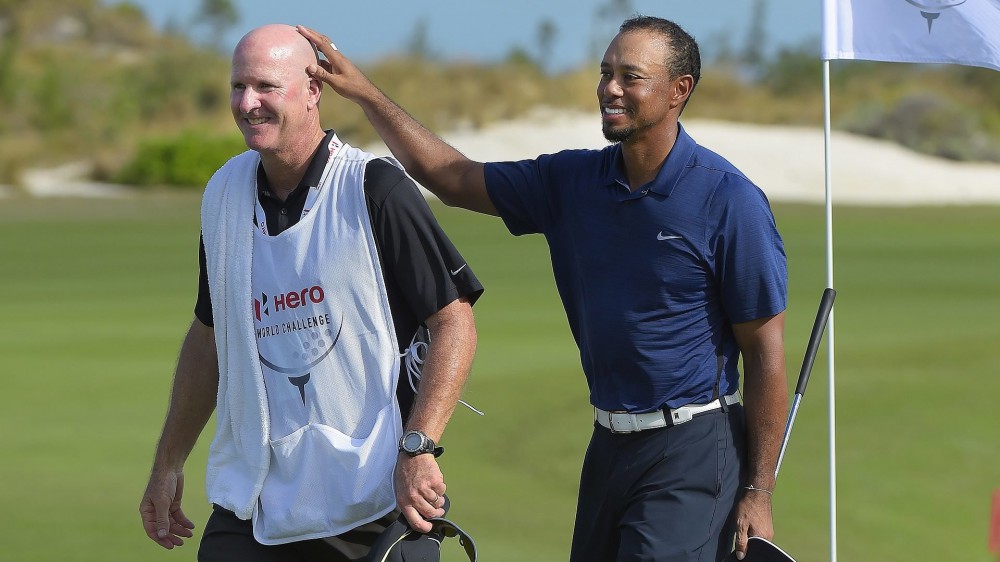 In midst of mini-slump, Rory McIlroy focused on this week, not U.S. Open