Woods delofts 2-iron to use off Carnoustie tees

CARNOUSTIE, Scotland – Tiger Woods has been effective this season hitting a 2-iron off many tees, reverting to a version of the stinger shot he made so popular.

This week at baked out and brown Carnoustie he went to the next level, adding a new 2-iron to his bag that he bent to 17 degrees, down from his normal 20-degree version.

“I took a few degrees off of it, just trying to be able to have the ability to chase one down there,” he explained on Tuesday.

Woods said he still carries the club about the same distance, from 245 to 250 yards, but “it gets to its final destination much differently [on the ground].”

After playing two practice rounds, Woods said he wasn’t sure how much he would use the new 2-iron given the dry conditions which have led to ridiculously long tee shots, and he said he might adjust the club more if the course doesn’t slow down.

“If it softens up, it could be a good club,” he said. “If it doesn’t soften up, then I might just add a degree to it and keep it a little softer and not have it so hot.”

The Open is the second consecutive event where Woods has added to his bag. At The National earlier this month, he went with a new mallet-headed putter that he plans to continue to use this week. 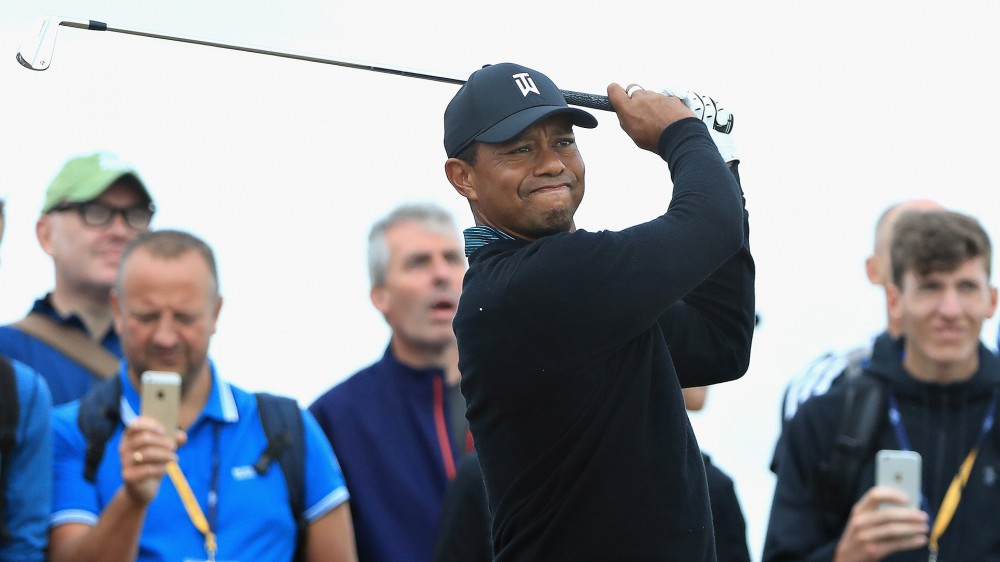