The only person surprised about the latter fact was Woods himself.

“I didn’t see the ratings, so I don’t know,” he said Tuesday at the Ryder Cup. “Are they good?”

Well, yes, they were.

NBC Sports’ final-round coverage of Woods’ victory at the Tour Championship on Sunday earned a 5.21 overnight rating, making it the highest-rated telecast in the history of FedExCup Playoffs and the highest-rated PGA Tour telecast this year, excluding majors.

“Sorry, I’ve been a little busy, so I haven’t looked,” he said. “If the ratings are, as you said, huge, especially against football on Sunday, you know, in the States, that’s a big deal, and for us to be able to promote golf like that and for me to experience a scene like we had on 18, the people running behind us and getting that excited.”

Coverage peaked from 5:30-6 p.m. ET on Sunday just as Woods was putting the finishing touches on his first victory in over five years. The 7.19 rating during that span trailed only peaks for the Masters (11.03) and PGA Championship (8.28). Live streaming minutes across NBC Sports digital platforms were up 561 percent over 2017. 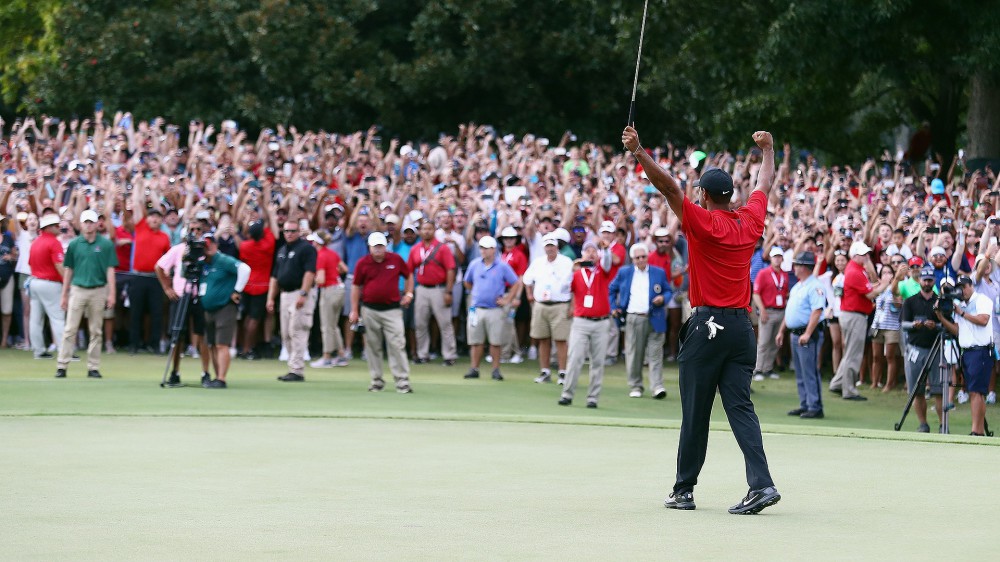