JERSEY CITY, N.J. – The United States has been dominant in the Presidents Cup for more than a decade, and there’s a clear source for that run of success according to Tiger Woods.

Woods made eight appearances in the biennial event from 1998-2013, and this week he’s on the grounds at Liberty National Golf Club as an assistant captain under Steve Stricker. Speaking to PGATour.com, Woods pointed to the relative depth of the U.S. squad as the primary reason the Americans have thrived in this event.

“I think that overall we’ve had deeper teams, 1 to 12,” Woods said. “When every guy had to play, you couldn’t hide anybody who maybe wasn’t playing well or was injured late in the year. A lot of different things can happen, but when you have to play every day, you get exposed.”

The lowest-ranked player on this year’s U.S. team is Phil Mickelson, currently No. 30 in the Official World Golf Rankings. By contrast, International captain Nick Price’s two selections, Emiliano Grillo and Anirban Lahiri, are currently ranked No. 60 and No. 68, respectively.

While the Ryder Cup has a total of 28 matches, with each team resting four players per session, the Presidents Cup had 34 matches from 2003-2013 when each team sat only four total players across the entire event. Price lobbied PGA Tour officials for years to change the format, and in 2015 the total number of matches was reduced from 34 to the current number of 30.

The change led to the closest result in a decade, as the U.S. won by a single point, and Woods believes that’s not a coincidence.

“I think that what Pricey did about lowering the points certainly made it a lot more interesting,” Woods said. “Anytime there’s fewer points, it’s less volatile. Because it’s less volatile, you’ll have a closer cup.”

While Ryder Cup captains submit the order of their roster for each session without any information from the other team, the Presidents Cup allows captains to create matchups on a match-by-match basis. It’s a feature that often allows for some compelling singles’ pairings, and Woods hinted at the possibility of watching Jordan Spieth square off with Jason Day in the final session.

“You can give the fans what they want on Sunday,” Woods said. “Sometimes the captains will make an agreement on the side, ‘We’re going to put these guys out together.’ Other times, it’s pretty cold-hearted and you just have to try to beat the other guy.” 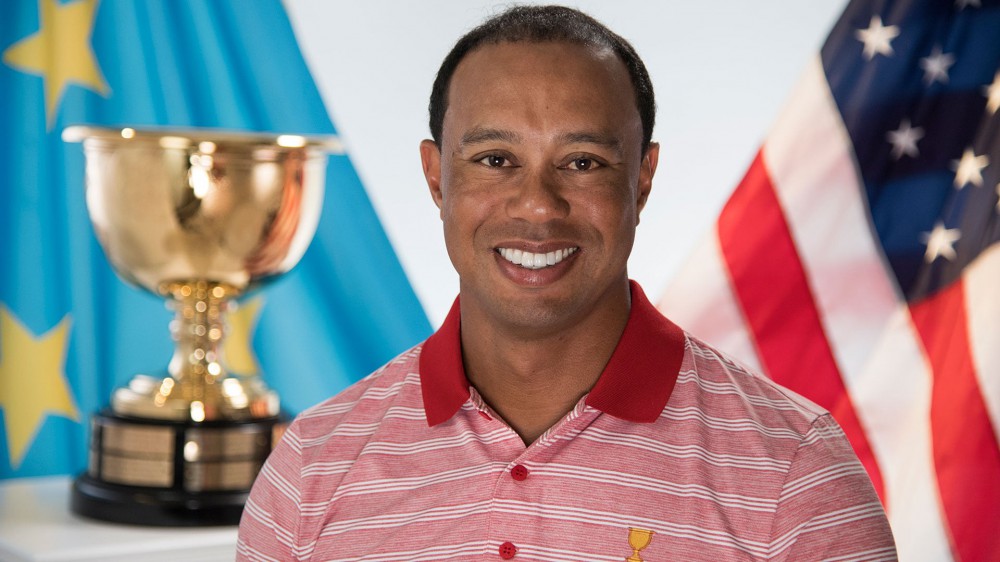 Players bracing for 'dogfight' in final round of CJ Cup