Woods uses mallet in pro-am, but still TBD for Rd. 1

Although Woods spent his pro-am round on Wednesday at the Quicken Loans National putting his new putter, a TaylorMade TP Collection Ardmore 3, through the paces, he’s still not prepared to commit to changing putters.

“I’m going to figure that out later,” he said. “I’ve been putting the time in with this Ardmore. It swings more than mine, has a slight more of a swing to it and that’s something I’ve been looking for because I practice with a heel-shafted putter at home and I like feeling that toe move.”

Woods is fresh off some of his worst putting performances in recent years, missing the cut two weeks ago at the U.S. Open and finishing tied for 23rd at the Memorial, despite ranking 63rd in the field in putts per green in regulation.

“I hadn’t putted well for about four tournaments now,” he said. “The West Coast and early Florida I putted well, but just haven’t done it the last four events. I’m trying to find something that I can feel again like the swing of the putter, getting my body in the right positions and seeing the lines again.”

Although Woods spent the last two days at TPC Potomac practicing with the new, mallet-headed putter, he still had his Scotty Cameron Newport 2 in the bag in case he decides to stick with something more familiar.

While Woods’ potential switch may seem dramatic for some, he has used a mallet-headed putter in competition before, most notably at the 2011 Masters, and he’s always reverted back to his more traditional model. 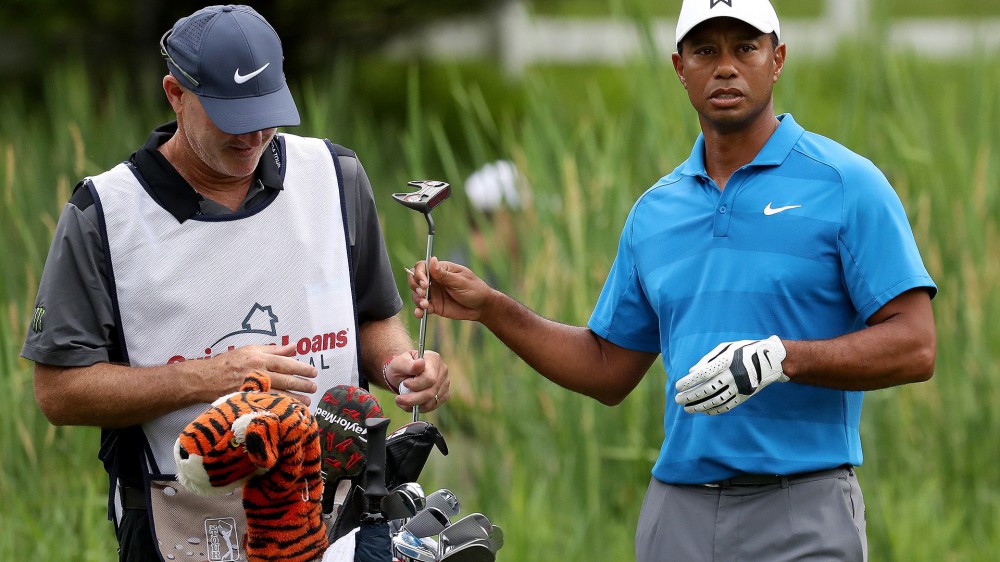