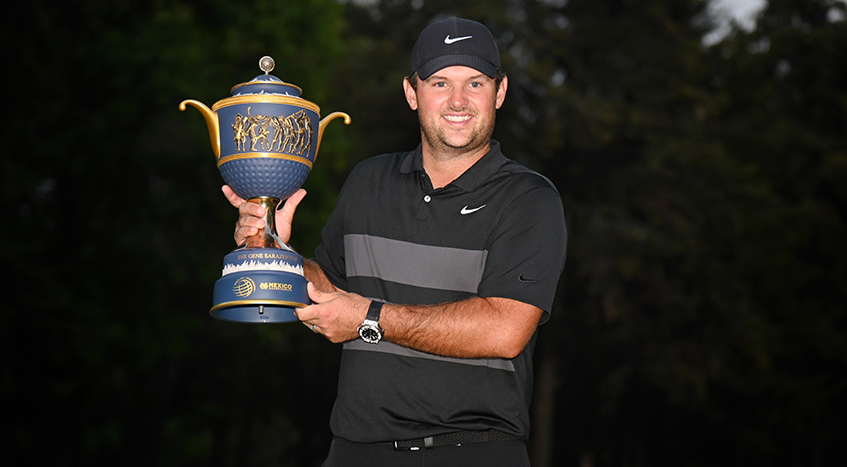 After a relocation from Mexico the season’s first World Golf Championships event heads to Bradenton, Florida, opening the PGA TOUR’s Florida Swing of 2021.

The World Golf Championships – Workday Championship at The Concession features a stout field led by reigning FedExCup winner Dustin Johnson, while Patrick Reed – a winner already this season – looks to defend his WGC-Mexico title from a year ago.

FIELD NOTES: Starting with top dog Johnson, the top-15 golfers in the Official World Golf Ranking will tee it up at The Concession… Spots are still available to golfers who jump into the top-10 of the FedExCup after the completion of The Genesis Invitational and the top-50 of the world ranking… Four golfers – Sebastian Munoz, Mackenzie Hughes, Lanto Griffin, and Cameron Champ – earned a spot in the field via their finish on last year’s FedExCup standings… Viktor Hovland, who won last season’s Puerto Rico Open (held opposite the World Golf Championships event) has jumped into the WGC field and will not defend his title in Puerto Rico… The field at The Concession includes top golfers from the European Tour’s Race to Dubai (both from 2020 and this season), the Japan Golf Tour Order of Merit, the Australasian Tour Order of Merit, the Sunshine Tour Order of Merit, and the Asian PGA Tour Order of Merit.

COURSE: The Concession Golf Club, par 72, 7,474 yards. The course was designed by Jack Nicklaus alongside Tony Jacklin. Nicklaus conceded a 2-foot putt to Jacklin in the 1969 Ryder Cup and guaranteed the first tie in Ryder Cup history (hence, “The Concession”). The course was well received when it opened in 2006 and the 2015 NCAA Championship, won by Bryson DeChambeau, was hosted there. Nicklaus has since admitted the small greens with tricky contours were inspired by those at Sebonack in New York, and the course flows through a variety of Floridian landscapes.

STORYLINES: Due to logistical challenges posted by the COVID-19 pandemic, the 2021 event moved from Mexico City to The Concession Golf Club… Rory McIlroy is still searching for the final leg of the ‘WGC Slam.’ A victory in Florida would give him all four WGC titles. Johnson accomplished the feat in 2017… This is the first World Golf Championships event of the season. The others include the WGC-Dell Technologies Match Play (March 24-28) and WGC-FedEx St. Jude Invitational (August 5-8)… A partner of the PGA TOUR since 2017, Workday signed on to be the title sponsor of the WGC-Workday Championship at The Concession in mid-February… How will Will Zalatoris fare on one of the biggest stages in golf? Zalatoris has had a spectacular on-course run over the last eight months and has found himself on top of the Korn Ferry Tour Regular Season Points List and also earning special temporary membership on the PGA TOUR. Recently he moved inside the top-50 in the world to allow his WGC debut in Florida… Three golfers are eligible but not teeing it up at The Concession: Paul Casey, Brandon Stone, and Tiger Woods.

LAST TIME: Patrick Reed birdied 15, 16 and 17 on Sunday in Mexico a year ago, and despite making it interesting with a bogey on the 72nd hole his 4-under 67 was enough to hold off a hard-charging Bryson DeChambeau for his second WGC trophy. DeChambeau’s 6-under 65 included four-straight birdies as he made the turn, but a bogey on the par-3 17th would be his undoing. Justin Thomas held the 54-hole lead but was 1-over through his first nine holes and added a double-bogey on the par-4 10th to fall out of contention. Jon Rahm and Erik van Rooyen finished T3 while Rory McIlroy rounded out the top five.