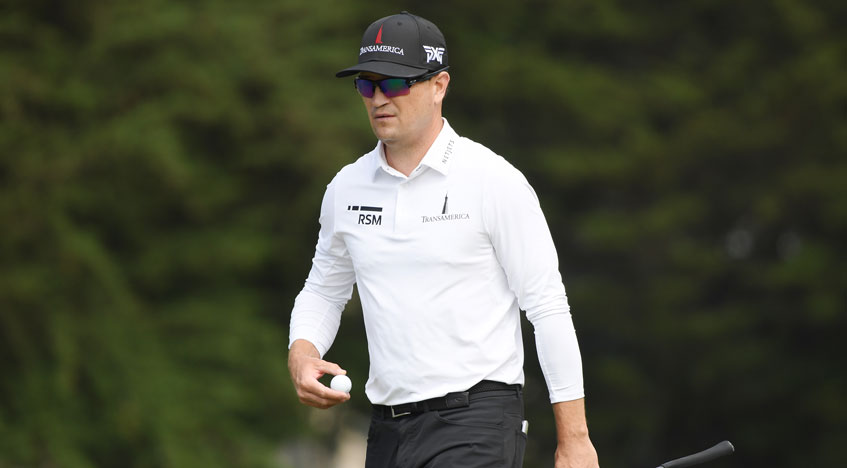 GREENSBORO, N.C. – There’s a lot on the line at this week’s Wyndham Championship at Sedgefield Country Club. The top 125 in the FedExCup standings advance to the Playoffs next week and the Wyndham Rewards Top 10 competition will be decided.

Here’s a quick look at each one after Saturday’s third round, which ended shortly after 2 p.m. after tee times were moved up to avoid a spate of thunderstorms and heavy rain.

At stake: The 125 spots in the upcoming FedExCup Playoffs. Players who finish outside the top 125 after this week will see their seasons end. Unlike in past seasons, though, all players who were exempt this year will retain their eligibility for the 2020-21 campaign due to the schedule reduction caused by COVID-19.

Latest projections: Three players — Rob Oppenheim, Zach Johnson and Peter Malnati – have entered the Playoff picture with Fabian Gomez, Russell Knox and Charl Schwartzel potentially moving out of the top 125. … Oppenheim, who turned 40 in January, grew up about 70 minutes from TPC Boston, which hosts THE NORTHERN TRUST, and has never made the Playoffs. He is currently tied for second in the Wyndham Championship after shooting 62 on Saturday and projected to move from No. 145 to 77th. … Johnson, who was named the winner of the Payne Stewart Award earlier this week, tied the day’s low round of 61 to move into a tie for ninth. He is projected to move from No. 129 to 109th in the FedExCup. Johnson has only missed the Playoffs twice since the competition’s inception in 2007. … Malnati is 13 under and tied for seventh after his third-round 64. He has moved from 144th to No. 123 in the FedExCup. … Both Gomez and Schwartzel missed the cut and are projected to drop five spots to No. 127 and 130, respectively. Knox is still playing but he is currently tied for 75th and has moved from No. 124 to 129th in the FedExCup.

On the move: Johnson raced up the leaderboard with a furious finish, playing his final five holes in 6 under. He started on the back nine and birdied his final three holes to turn in 32, then made a 15-footer for eagle at No. 5 and followed that with birdie putts of 15, 8 and 24 feet before holing it from the fringe at the ninth. “The irony is the first two days I really didn’t play that much worse, I just didn’t score,” Johnson said. “I didn’t make many putts. Hit it close a few times, I had three three-putts and a four-putt. That just kills you. So, I mean, those that have been around me and know me, my team in particular, obviously my caddie and my coaches know that something like — maybe not to this degree, but something like this is not that surprising based on what I’ve seen. Is it big? Yeah, sure, it’s big. But, I mean, every round’s big.” Particularly when it helps get a player closer to the top 125.

At stake: The top 10 spots in the FedExCup standings and its bonus pool money of $10 million. Justin Thomas already has wrapped up the top prize of $2 million.

For the third straight day, there was no movement in or out of the top 10. Webb Simpson, who has two wins this season, bogeyed his last hole on the way to a 65 that left him at 13 under and five behind Si Woo Kim. He remains ranked third in the Wyndham Rewards. … Sungjae Im, who is ranked fifth in the bonus competition, shot 66 and is 11 under through three rounds, tied for 14th. … No. 6 Patrick Reed, the 2013 Wyndham Championship winner, shot 67 Saturday and is eight back at 10 under. … Brendon Todd, who has also won twice this year, missed the cut but remains in the No. 9 spot.