With the world more tuned in this year to see how men and women fare together in the ISPS Handa Vic Open’s progressive mixed format, leave it to an Englishwoman to leap into the spotlight.

With a global TV broadcast beaming images around the world for the first time since the men and women began playing together on the same courses at the same time for the same amount of prize money in the Australian event, Johnson took advantage.

With an 8-under-par 65, Johnson looks intent on keeping the rise of the English theme going into the new season. She posted her score on the 13th Beach Golf Links’ Beach Course.

On the men’s side, a pair of Aussies gave the host country a lot to get excited about.

Nick Flanagan opened with a 10-under-par 62 on the Creek Course to take the lead while James Nitties put on a show on the Beach Course, making nine consecutive birdies on his way to a course record-tying 64. Flanagan was a shot shy of the record on the Creek Course.

The European Tour and LPGA are co-sanctioning the event for the first time.

While there was some concern among the women that they might be playing courses set up tougher than the men in the first round, in relative terms, due to the comparative yardages, Johnson breezed around the Beach Course.

“I’m going to sound a bit cocky, but it was really easy,” Johnson said. “I hit 17 greens in regulation, birdied three of the par 5s, so there were kind of a couple of almost gimme birdies.”

Johnson is looking to join a deepening cast of English talent rising in the women’s game. Georgia Hall broke through to win the Women’s British Open last year, becoming the first English woman to move among the top 10 in the Rolex Women’s World Rankings. Hall and Charley Hull led the English in a brilliant run at the UL International Crown before falling short in a bid to upset the South Koreans in South Korea last fall. The English figure to be an important part of the European Solheim Cup effort later this year.

Johnson, who has won a pair regional events in Australia before, is comfortable in Victoria.

“Australia is like England, but with sunshine, so we obviously feel pretty at home here,” she said. “Yeah, we do play a lot of these courses at home, kind of links style and a bit of wind. We grew up playing that, so, yeah, it feels familiar almost.”

Kaufman made a strong start in a bid to win her first LPGA event. She is doing so in her first start since a return to Q-School last year.

“I had a really long offseason because of Q-School, but, honestly, Q-School’s probably the best thing that happened to me, because it forced me to kind of reset,” Kaufman said. “We went back with my coach, and went back to some of the old things we used to do, and by the end of Q-School I felt like I had a lot of confidence.” 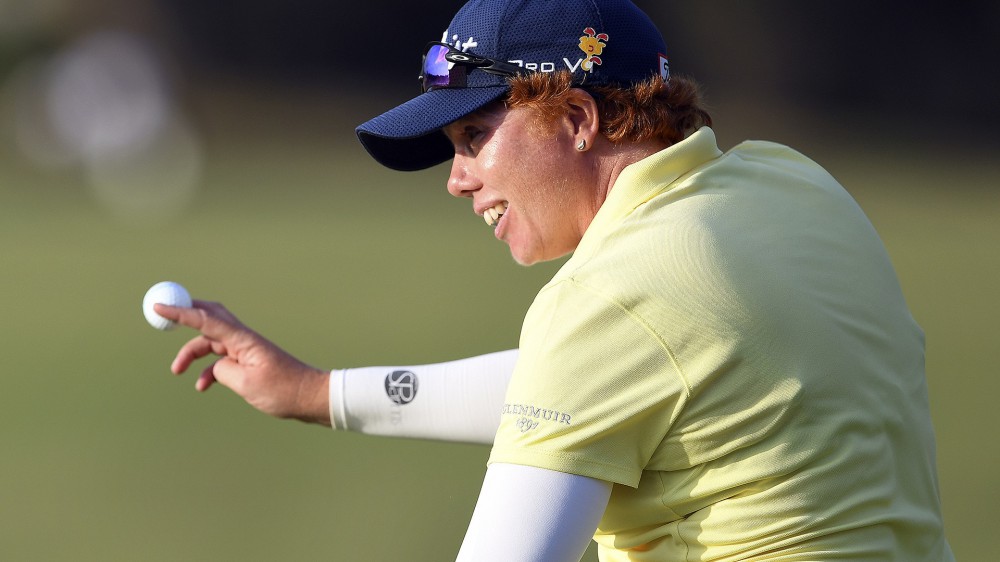