Good news for Tour Championship leader Paul Casey: Four of the last five winners of the Tour Championship held or shared the 54-hole lead. That’s just one of the things You Oughta Know on the eve of the final round at East Lake.

• Fourteen of the 16 winners at East Lake were inside the top-3 after 54 holes, so here’s to you, Messrs. Casey, Kevin Kisner and Xander Schauffele.

• Casey is leading the field in strokes gained-putting through three rounds.

• Casey has 15 top-5s over the last 3 PGA Tour seasons (most of any player without a win in span).

• Casey has the best scoring average in this event since 2010 of anyone in the field.

• Casey enetered the week 10th in the FedExCup standings.

• Kevin Kisner’s 6-under 64 was his lowest weekend round on Tour this season and his lowest career round at East Lake by three shots (11th round played).

• Kisner made five birdies in his first eight holes, hitting five of his approaches inside 10 feet in that span.

• Kisner leads the field in strokes gained around the green.

• Kisner is a University of Georgia product; former UGA players have amassed 24 PGA Tour wins since 2010. That’s eight more PGA Tour wins than any other school during that span.

• Kisner was 18th in the FedExCup Playoffs entering this week.

• Xander Schauffele, who shot 65 Saturday, is lookingg to become the first PGA Tour rookie to win the Tour Championship.

• Schauffele leads the field in strokes gained off the tee.

• Schauffele was ranked 26th in the FedExCup standings entering this week.

• Patrick Reed has a win in each of his previous four PGA Tour seasons, but none this season.

• Brooks Koepka shot 68, but it could have been much better; he played the last four holes in 3 over par.

• Jason Day (68) made all five of his birdies Saturday on the front nine.

• Jon Rahm (70) was just three-for-six scrambling in Round 3. He had been six-for-seven in the first two rounds.

• Justin Thomas has five wins this season; the last player with six wins in a season was Tiger Woods in 2009.

• Thomas, 24, is seeking his sixth win this season including a major (PGA). The only player since World War II to do that in a season before age 25 is Woods (twice).

• Webb Simpson was the 36-hole co-leader; he is one-for-nine with the 36-hole lead in his career.

• Jordan Spieth (eight shots off the lead) is the FedExCup leader; the last leader entering the Tour Championship to win was Woods in 2009.

(Compiled from information supplied by the Golf Channel Research Dept.) 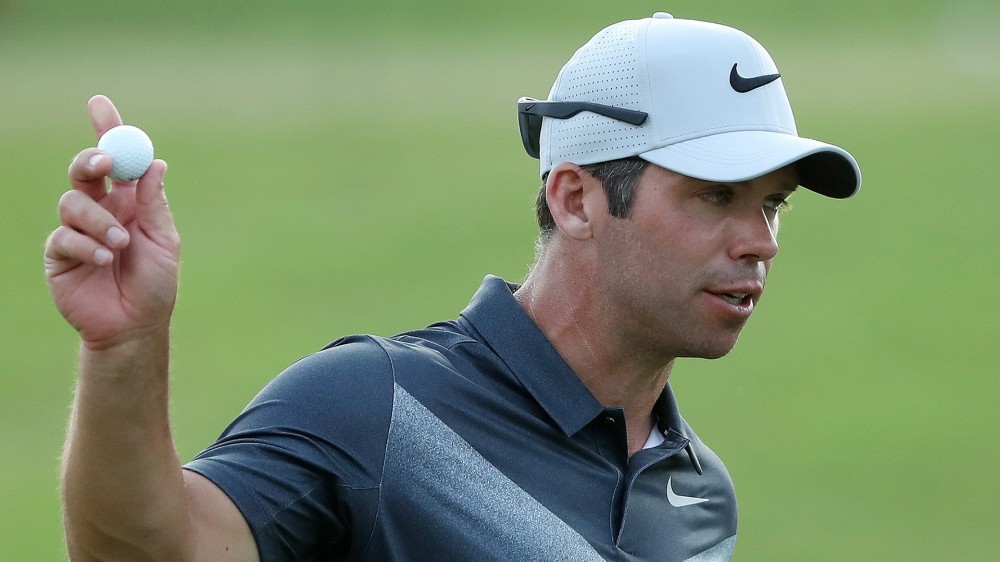