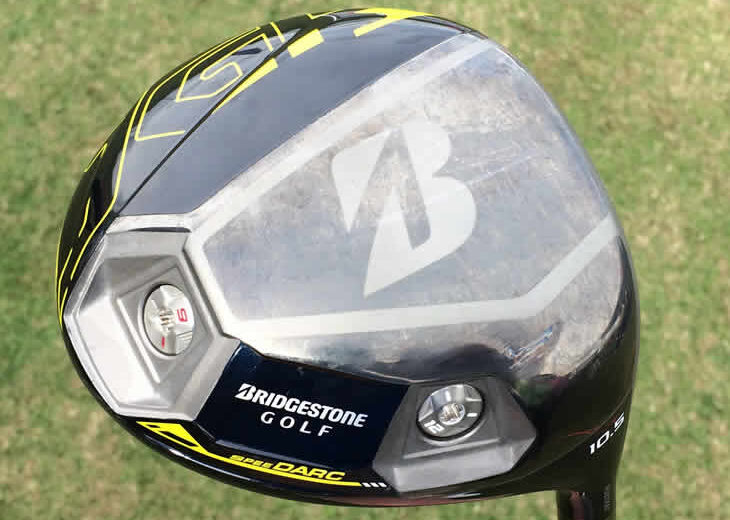 Bridgestone JGR Driver Review – No sooner had I said last year in my review of the Bridgestone J715 driver that I was glad to see that Bridgestone clubs were now going to be available in the UK, than Bridgestone decided to withdraw from the UK completely for 2016.

However Golfalot is not that easily shaken off, so I ventured across the pond and at the 2016 PGA Show in Orlando I got my hands on the Bridgestone JGR driver that replaces the J715. 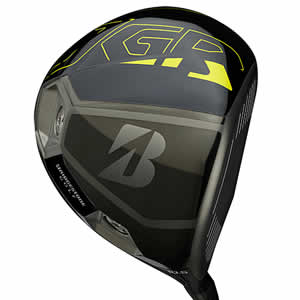 Why go to all this bother for our American friends? Well, Bridgestone drivers are generally very good so I wanted to see how the JGR stacked up.

It still features the same Flex Action Speed Technology (FAST) crown that will flex at impact to increase ball speed and launch the ball higher.

However you also need something firm for this to react against and the new speeDARC sole is stronger than before to give the head that stability for the crown to react against.

On the back of the sole there are some fairly industrial looking weight ports for the adjustable 6g and 12g weights that enable you to change the club from a neutral to a draw bias if you put the heavier weight in the heel.

This is good adjustability as that is what most players need, rather than weight being taken up with a fade setting nobody would use. Without an adjustable hosel it also means the JGR can focus all the weight of the head where it will have the most benefit to more golfers.

The Power Milled Face design has also had the treatment and the rougher texture and groove lines aim to grip the ball more to reduce spin for more distance, if you can get that launch angle up.

The JGR head is paired as standard with an Aldila NV 2KXV Orange shaft that is light, stable and topped off with a pretty vibrant yellow Golf Pride Tour Velvet grip as standard, although there are other custom options for both.

This is really just the beginning of the cosmetic issues. The bold graphics on the toe are passable, but when you put it down at address there seem to be a couple of snake eyes watching you.

Before we all break into classic Motorhead songs, this is the visual representation of the FAST crown and maybe the design team had the volume turned up when they were going through the colour charts.

The large head looks bigger than its 460cc size and feels light to swing with a great sound and feel. The fixed hosel really helps with this and the forgiveness was excellent and sending balls out into the distance put a smile on my face, which is always a good sign.

The trajectory was mid to high and with the choice of three head lofts of 9.5°, 10.5° and 12° and the adjustable weights it should be possible to get just the right set up for your swing.

Yet again I feel Bridgestone has produced an excellent driver that sounds and feels the part and I hope that the looks don’t put anyone off picking one up to try, because everything else about it is worth crossing an ocean for.