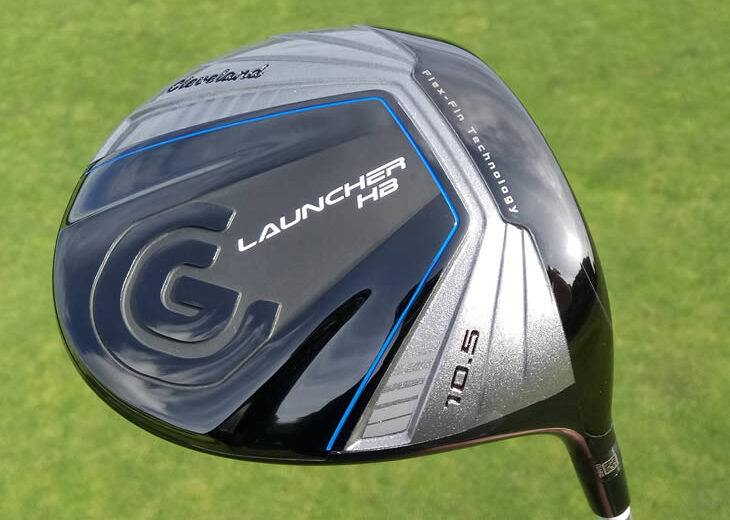 Cleveland Launcher HB Driver Review – Those of you who have just come to golf will know Cleveland for wedges and putters, but they also have a long history in woods and irons which stopped a few years ago following the sales of the business to the company that also owns Srixon.However now they are back in the long game with the Launcher HB range that goes back in time to revive the name last seen on the 2010 Cleveland Launcher XL270 driver. 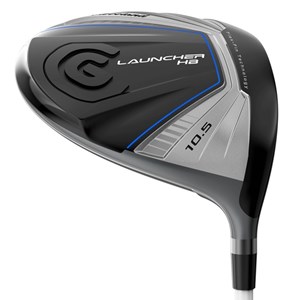 The HB in the name is short for HiBore and that name has been AWOL even longer since the wonderfully named Cleveland HiBore Monster XLS Driver of 2009.

At address it is visible as a silver line on the head which curves away from the leading edge of as it heads towards the toe and gives the visual impression of the face being a little open when it fact it is square.

The 460cc titanium head has a nice rounded look from above and from the side you can see that this driver is set up to launch it high.

On the sole you can see the other TWT (Three Word Tech) in the Flex-Fin Technology, which is the thinner grey section of the sole that enables the face to flex more at impact to increase the ball speed.

At the rear of the sole under the CG logo is where the weight is located in order to move the CG as low and far back as possible and it is slightly to the heel to create a subtle draw bias, which is actually quite hard to spot.

The face uses a Face Cup design to get the weld point behind the leading edge to maximise ball speed around the perimeter to increase the forgiveness.

And that is pretty much it for the technologies as there is no adjustable weights or hosel and the reason is to make the Launcher HB a light and a low CG driver with a low price.

By not having an adjustable hosel and the associated weight of the fittings, it reduces the amount of weight above the CG point and makes it easier to keep it low.

Of course it also keeps the price down and at well under £300, the Launcher HB is good value and one of the few drivers not to have any adjustability these days.

What it does have is a very good quality Miyazaki C.Kua shaft from its sister company that is light, stable and a touch on the long side at 45.5 inches.

In testing on GC2 against market leading models, the Launcher HB was up there in terms of distance, consistency and accuracy without any drama.

It was actually quite good fun to hit as you just line it up and let it go and whilst Cleveland say that this is aimed at 10-20 handicappers with a 95mph or lower swing speed, I think it has wider appeal than that.

The 10.5° and 12° heads will be ideal for lower swing speeds, but the 9° could easily suit better players in this speed category as the trajectory was strong with decent spin thanks to that Miyazaki shaft.

The only possible concern is the crash sound at impact that has also come across from the old HiBore along with the name. It’s not my thing, but it will be great for those who like to announce themselves on the tee as it sounds like you have murdered the ball even if you probably haven’t.

The Cleveland Launcher HB driver is almost in a category of its own at this price point, with only the superseded models of higher priced brands meeting it as they are on their way down and maybe that is its biggest challenge. The Launcher HB is a no-nonsense, value for money driver that despite the sound, is fun to use and delivers performance as good as more expensive models so I would check it out, especially if you are on a budget.