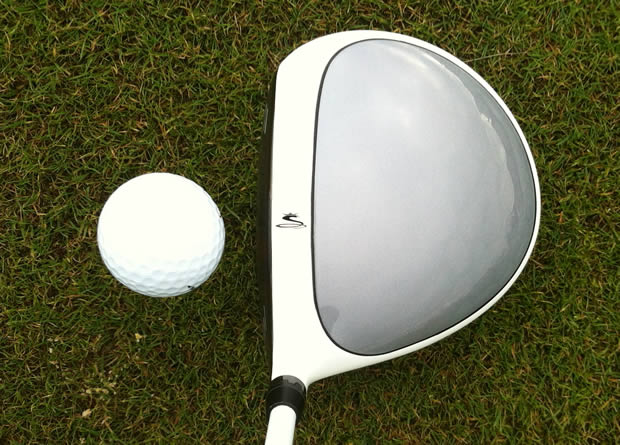 Cobra BiO Cell+ Driver Review – You would think that the Cobra BiO Cell+ driver would be a better player version of the standard BiO Cell driver with a few tweaks, but you would be wrong.

First off it looks very different with a wide white border that defines the top line very clearly and then circles the crown around a choice of 5 colours, including a new black option. 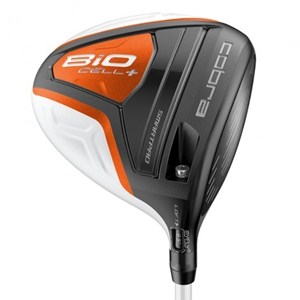 Whilst this creates a dramatic look, it also highlights a different crown made of a mysterious material called Venollum that is lighter than titanium. Combine this with the cell lattice structure and you save some weight to move elsewhere in the club.

Cobra have used this to lower the Centre of Gravity (CG) of the BiO Cell+ driver by 28% compared to the standard driver, as well as reducing the ball spin by around 200 rpm. Wrap all that up in a smaller 440cc head and you have a better player driver that is very different to the standard version.

Essentially what this all boils down to is how fast you swing the clubhead. As we revealed in our review of the Cobra BiO Cell driver, the standard model is great for getting the ball up in the air with a high level of forgiveness. The BiO Cell+ driver requires a faster swing speed as the launch is lower and the spin is less.

When we compared the 2 models at similar lofts then the Cell + did give a lower flight, a softer sound and a more solid feel. So unless you have a swing speed of 95mph or higher, then the standard model will probably be the best for you.

The previous Cobra AMP Cell Pro driver had six different loft settings, but now the Cell BiO+ has eight in a different adjustable configuration. The MyFly8 loft range moves up half a degree to 8° to 11° and instead of 2 fade options that no-one used, Cobra have added the same 3 draw options as the standard model. The face sits square at 11° and progressively opens to 1° open at the 8° setting.

The Smart Pad on the sole is a balance point to re-align the face as you adjust the lofts and it does this very well even if it feels a little unusual at address having a single balance point behind the leading edge. The tall face is clearly visible at address and whichever colour option you choose the white border around the crown contrasts with the black face to give you a great alignment aid. It is a little surprising that something similar is not on the standard model.

The all white Matrix Ozik shaft is on the firm side so suits the speedier player profile and at half an inch shorter at 45.25 inches, offers a bit more control too.

Opinion around Golfalot HQ was divided on the looks of the BiO Cell+ driver and this could make or break it for some, especially with the price premium on the ‘+’ model. Given that it is such a different club to the standard version, most golfers will suit one model or the other based on their swing speed and launch conditions. However, because the styling and shafts are different too, then some players may prefer the looks on one model, whilst their game may suit the other one.

As we all know drivers should be bought on performance first and style second, so we would recommend giving the Cobra BiO Cell+ a go along with the standard version and see which one works best for you as they offer a great combination of performance, style and forgiveness.