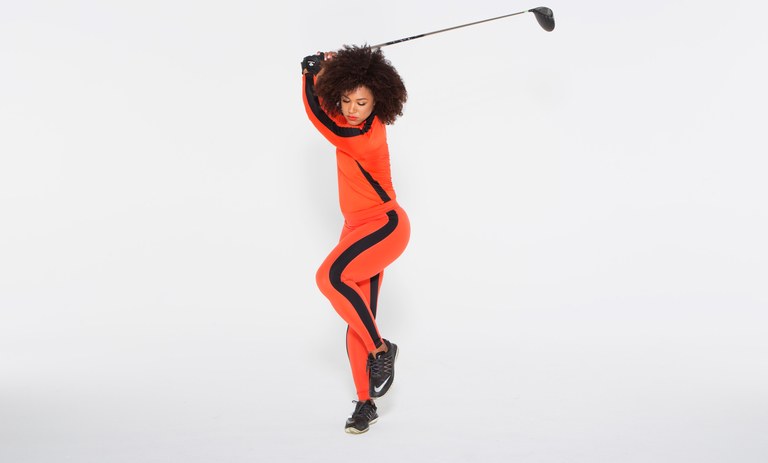 When golf instructor Trillium Rose was asked to take a look at Troy Mullins' driver swing for an analysis, her reaction was "she has the torque of a teenage boy." That's not something every woman would probably want to hear, but if you're a long-drive champion like Mullins, you take that as a compliment.

With an average swing speed of 117 miles per hour, which would rank her in the top 50 on the PGA Tour, Mullins routinely hits drives in the 320- to 350-yard range. She won a competition in Denver last year with a ball that went 4-0-2.

"She has a humongous range of motion and generates a tremendous amount of swing speed by using the great strength she has in her abs, glutes, quadriceps, her entire lower body really," says Rose, one of Golf Digest's Best Young Teachers. "You can tell she's a great athlete."

Mullins, 31, credits her background as a sprinter, shot-putter and heptathlete as giving her the strength, speed and athletic coordination to launch golf balls. She participated in track and field from age 8 until she graduated from Cornell University. Amazingly, it was shortly after leaving college that Mullins took up golf.

"I had just come back from Beijing after majoring in China, Asia and Pacific studies at Cornell, and was wondering if I should go to law school," Mullins says. "I needed to take some time off, so I decided to start going to the driving range for fun."

Armed with only a set of used irons—"I couldn't hit the woods at first," Mullins says—she smacked hundreds of balls at Westchester Golf Course near her home in Los Angeles and began to hone a swing that would help her become a perennial contender in the women's division of the World Long Drive Championship. In her first competition in 2012, Mullins made it to the finals before losing to current champion Sandra Carlborg.

"I was so nervous," says Mullins, who also qualified for the 2012 U.S. Women's Mid-Amateur. "But what I learned was that I could compete. Now when I stand over the ball in competitions, I usually just blank out and swing hard. I don't care how strong you are. Without speed, you can't send it."

Here are her other thoughts on how to drive it longer.

ADDRESS GRIP IT STRONG BUT LIGHT"My setup is fairly standard for a long driver," Mullins says. "My feet are wide enough apart that I know I can swing hard without losing my balance, but they're not too wide. I also keep my left shoulder higher than my right to help hit up on the ball. Grip is super important. My grip is really strong, but light. What I mean is, my right hand is set on the club in a strong position, but I'm not holding it tightly with that hand. On a scale of 1 to 10, with 10 being super tight, I'd say it's about a 4 or 5. That allows me to really release the club hard through impact. My left hand holds the club a little tighter to help control the face, but if you squeeze too hard with the right, you can't whip it through."

BACKSWING LOAD LIKE YOU MEAN IT"I turn back as far as I can, really trying to load up on my right side. I guess there's a point where you can overturn, and then you can't get back to the ball. For me, that's probably the point in the backswing where I feel like my left foot is starting to lift off the ground. When I reach that point, I know it's time to swing down. A great way to practice loading into your trail leg is something I call the pitcher drill. On the range, I'll sometimes take the club back and then lift my left leg off the ground like pitchers do in their windup. You can even hit balls this way. Just plant that left leg and fire through with the club."

DOWNSWING GET THOSE HIPS THROUGH"Sometimes my hips slide too much toward the target as I start down, which leaves the club too far behind, and I end up hitting blocks or hooks. That being said, your hips really need to be active if you want to hit it farther. If your upper body and arms lead the way in the downswing, you're in trouble. When you reach the top of the swing, push hard into the ground to get your hips rotating toward the target. If your hips go, everything else will, too, and you'll smash it." 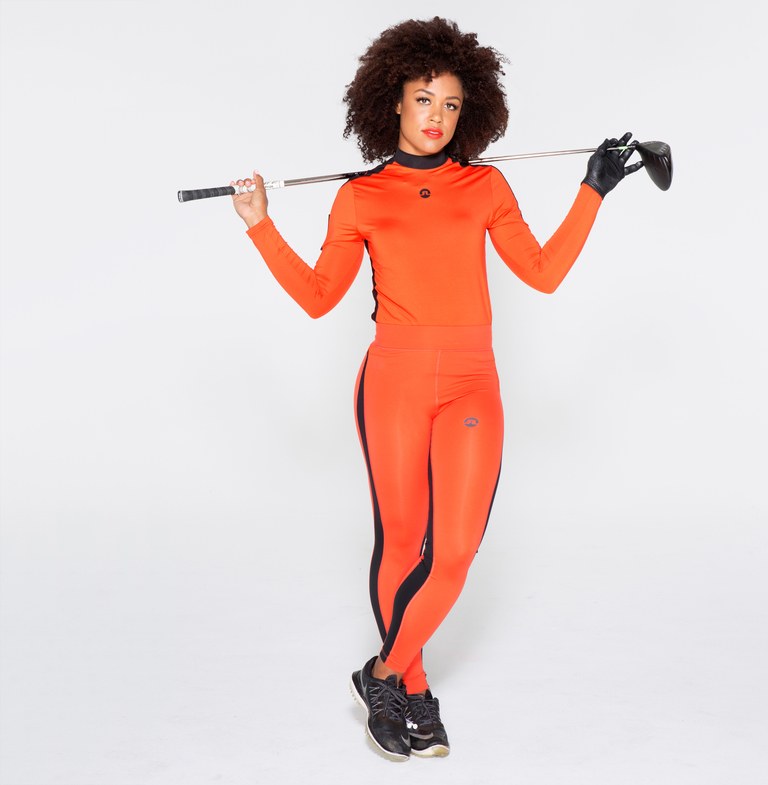