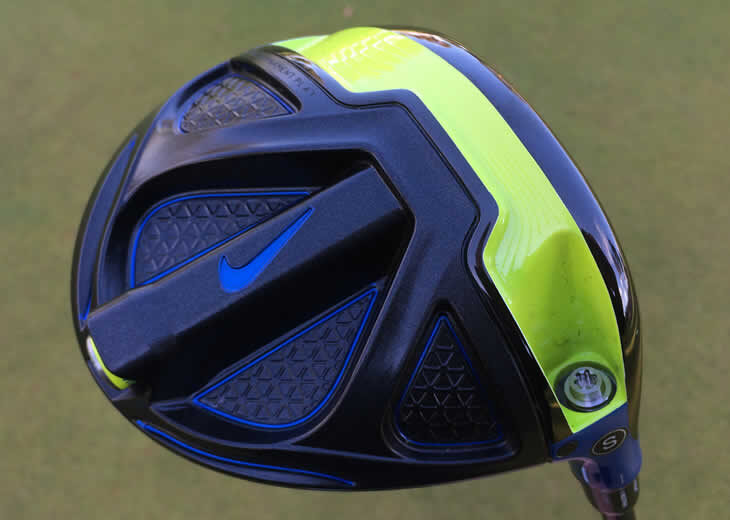 Nike Vapor Flex 440 Driver Review – With the original Nike Vapor range of drivers I nearly reviewed the Vapor Flex driver separately, but decided it was close enough to the other two to be part of the same family.

However now the Vapor Flex 440 driver is not named as part of the Vapor Fly driver clan, it gets its own page. 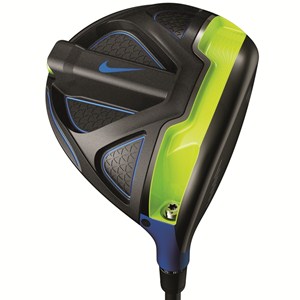 It is not just the name that leads us to this, because the Vapor Flex 440 driver is a totally different construction. The head is essentially two parts, with the face and leading edge being made out of titanium and the rear section made out of a lighter, stronger RZN material infused with Carbon Fibre.

RZN is Nike’s special material that they use where they need strength combined with light weight. There are over 20 different variations in production for use in drivers, fairways, irons and golf balls, amongst other things.

This design concept is not really new as Callaway were creating FT drivers with titanium front sections and lighter carbon crowns over 10 years ago. It works because the RZN crown is stronger than titanium whilst saving weight so that means the spare weight can be moved around the head to maximise performance.

The manifests itself in the adjustable FlightPod weight that was also in the previous model. This is a cylinder with a 9.5g weight at one end and a 0.5g weight at the other that can be inserted forwards or backwards into the driver head.

If you insert the heavier yellow end facing towards the front of the head then that will lower the spin by around 300rpm with a lower flight than if you switch it around and have the heavier weight at the back.

Like the Vapor Fly models, the Covert Cavity on the Flex 440 has been made larger around the FlightPod channel compared to before in order to increase the Moment of Inertia and forgiveness on off centre hits.

You can also see that the Volt coloured compression channel at the front is also wider than before to enable the face to deliver more ball speed at impact than before.

The dimensions of the head are also much bigger at 14.2mm deeper front to back and 2.9mm taller in the face. This gives a larger face area of 169.4 cm2 and a 30cc larger head volume than before at 440cc, hence the name.

Having a head size less than 460cc enables Nike to have the space to add adjustable features like the FlightPod and the FlexLoft 2.0 adjustable hosel that enables you to move the loft through 5 settings from 8.5° to 12.5°.

The black crown also features a honeycomb pattern across a section of the head to further reduce weight by making the crown thinner.

There is a choice of shafts as standard including a UST Elements Chrome and a new limited edition Mitsubishi Diamana Blue with Kevlar in the butt and Boron in the tip.

In addition there is also a new black Mitsubishi Tensei shaft not shown that feels really good.

The Photo Blue front section really stands out from the black face and crown at address and almost acts like an alignment aid in its own right. Apart from the Volt channel the looks are dark and not to flashy which may appeal to some more than the Vapor Fly drivers.

The sound is a little more muted because the larger RZN body reduces the frequency of the impact sounds, but I felt it still sounded very solid.

It also felt very solid at impact and even with the FlightPod in the rear, high launch setting, it still produced a lower trajectory than the Vapor Fly Pro driver.

All the technology does its thing and really it is ‘as you were’ with the Flex version of the Nike driver range. This is a driver aimed at higher swing speed players who generate a lot of spin because it is the lower spinning of three new Nike drivers.

The head is a little larger and more traditionally shaped than the original Flex, but in this case I do think the blue section improves the look and the blue swoosh on the heel is less in your face than the volt version.

It is also a little more expensive as you are paying for the extra materials and adjustability and if this is the best driver for you out of the three on a launch monitor then you won’t go wrong. However all things being equal I would follow Rory and head for the Vapor Fly Pro driver.